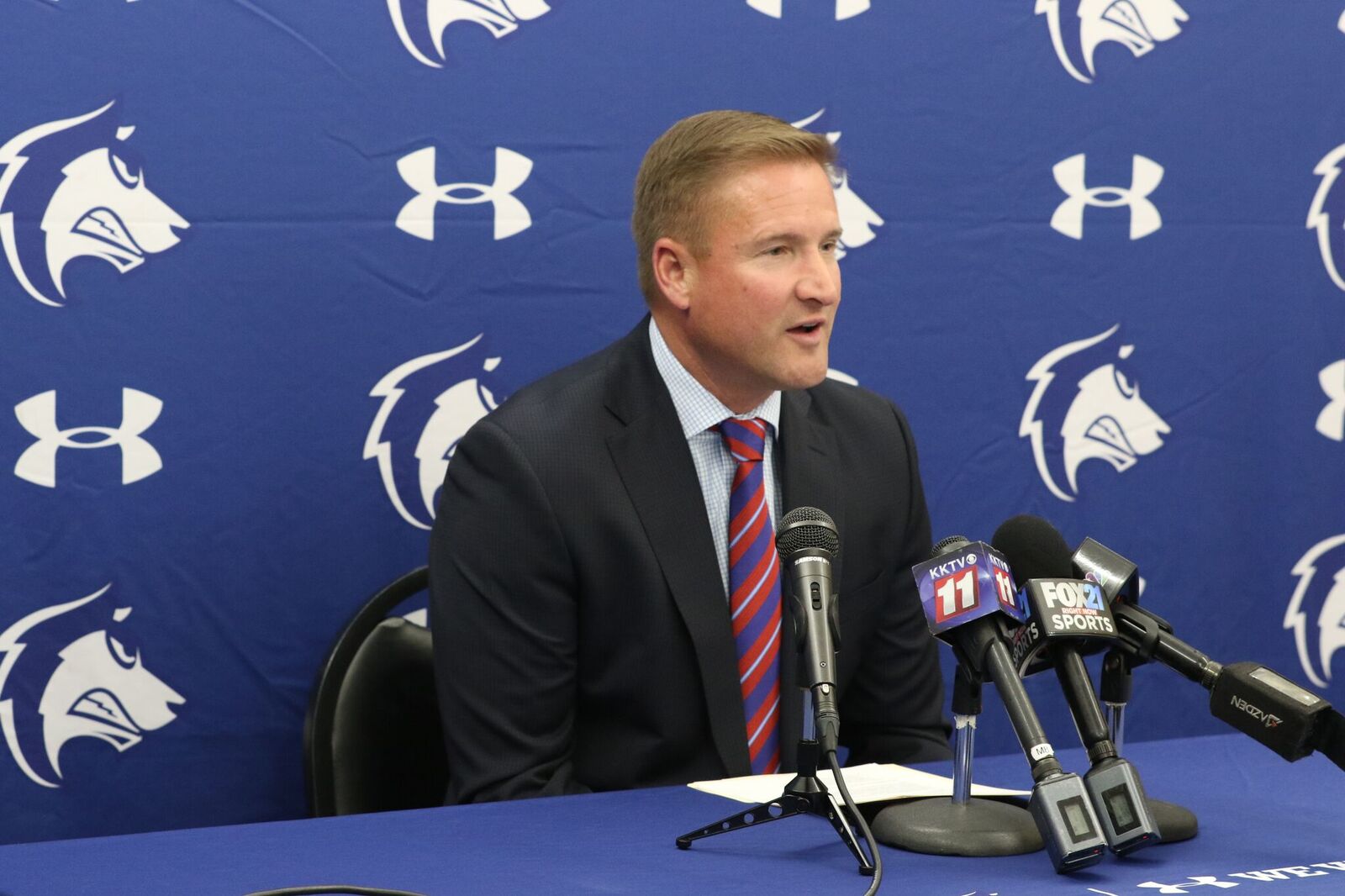 According to Plinske, the first thing that drew him to CSU-Pueblo was the vision of President Timothy Mottet. While Plinske was athletic director at Nebraska Kearney, Mottet was provost at Mid-American Interecollegiate Athletics Association rival, Northwestern Missouri State.

“I knew wholeheartedly what his sports programs had done while he was provost there and knew that he had a bigger and broader vision for CSU-Pueblo,” Plinske said. According to Plinske, CSU-Pueblo’s diversity, facilities, staff and potential also played a role in his decision to come to the university.

Plinske said the athletic department “has done some great things, but is ready for even better things.” He said the Rocky Mountain Athletic Conference is growing increasingly competitive, but CSU-Pueblo can potentially contend for RMAC titles and compete at the national level consistently.

In his fifteen years of experience, Plinske said that he has experienced a lot of success and a lot of failures. “Through that I’ve learned that a good man is neither puffed up by fleeting success, nor broken by adversity,” Plinske said. “I’m excited to jump in full force to this opportunity here and create the best athletic department possible by doing things right.”

Plinske outlined five goals for the department. He said he wants to create a unified purpose to follow, see opportunity, seek out room for improvement, promote calculated risk-taking and look for boundary spanning opportunities. “For us, it’s going to be a plan of unified conversations about what we can do better, what we can improve and if there are things we need to fix we’re going to fix them,” Plinske said.

According to Plinske he is also interested in engaging with the community. “This town is incredibly supportive of CSU-Pueblo athletics and I’m excited to get into those relationships and meet those people,” Plinske said. He said he wants to hear the community’s suggestions for improvement.

He said he also wants to continue to engage with schools, nonprofits and kids’ camps. “There’s really something special that can be said about student athletes and the interaction they can have with children,” Plinske said.

Spirit Fest 2008 at the Riverwalk

Pack track and field beefs up roster with 2009-10 recruits