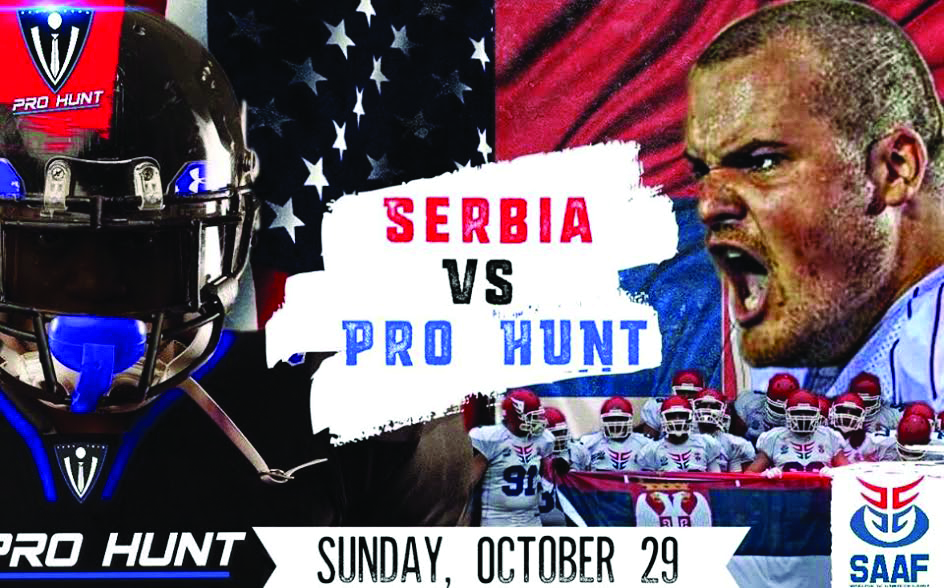 Colorado State University-Pueblo’s alumni Tyree Ceasar graduated in May 2017 with a bachelor’s in social work has spiraled in his career and is playing for Pro Hunt football.

Pro Hunt football is an organization that finds professional athletes. These athletes get to be an ambassador for football teams that play outside of the United States. Athletes throughout these organizations show a variety of leadership and decision making skills. The goal is to give a chance to all athletes and teams within every area throughout the world.

Ceasar grew up in Panama City, Florida and first started playing football when he was 5 years old. As time went on, he attend CSU-Pueblo, where he played for the team for a few years.

He picked to attend the university because he had the opportunity to watch the football team win their national championship. From watching this, he wanted to be a part of the team.

“I think my greatest challenge is being the best person I can be. I am my worst critic. I feel that there is more room for improvement every single day,” said Ceasar.

Besides being part of the football team, he made the dean’s list every semester while attending the college. “CSU-Pueblo taught me to never give up on myself, enjoy life and to face your fears,” said Ceasar.

When looking to ways to play football upon graduating from the university he learned about Pro Hunt through one of his friends.

As time went on Ceasar began to look into the organization more and realized this was a legitimate way for him to continue his football career. He then proceeded to set up a meeting with the CEO of the organization and when he presented the CEO with the information, it turned out he liked what he saw.

For Pro Hunt, Ceasar plays running back, linebacker and special teams. The most recent game he played in was in Belgrade, Serbia against their national team Oct. 29.

Outside of Pro Hunt he currently works within a juvenile facility and coaches football. He plans to get a master’s degree in social work.