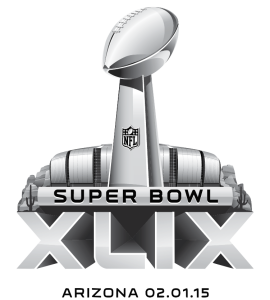 Over the last five years, the Super Bowl has set and broken the record for the most-watched television broadcast in United States history four times according to ESPN’s online site. Last year’s blowout between the Seattle Seahawks and the Denver Broncos brought in 111.5 million viewers.

However, with the same few teams dominating the NFL year after year, it’s understandable why fans might not be interested in a Super Bowl featuring NFL dynasties like the Patriots, the Seahawks, the Packers or the Steelers.

“It does get kind of boring watching the same teams over and over. At the start of the year, you have so much hope for your team, but by the end of the season you always know who the real contenders are,” said Gary Dixon, a history major at CSU-Pueblo

Throw in the fact that the Patriots are currently under investigation by the league for “Deflategate,” and interest can really start to go down.

“It gives everybody, who doesn’t actually read into the [whole] story, a good reason to hate the Patriots even more,” said Trace Gray, a Patriots fan at CSU-Pueblo. “And since there wasn’t much else going on in sports, it’s all anybody could talk about.”

In the AFC Championship game, the league found that 11 out of the 12 balls the Patriots opted to play with were underinflated, or less than the 12.5 pounds per square inch requirement mandated by the NFL.

The Public Polling Policy took to the Web to research what the fans actually believe. After polling 612 registered voters, they found that 50 percent of self-proclaimed football fans believe that the Patriots cheated.

“I get a lot of crap. Especially in the midst of Broncos country,” Gray said. “Everyone thinks Tom Brady is a cry baby, and Belichick is a cheater, but they can’t deny they’re one of the best teams in the league.”

This isn’t the first time the Patriots have found themselves in the spotlight for scandal. It was only eight years ago that the NFL and other teams found out that Bill Belichick was taping defensive signals on opposing team’s sidelines in the highly publicized “Spy Gate.”

However, CSU-Pueblo students don’t seem to be buying into the media and are only focused on watching quality football this Super Bowl Sunday.

“It’s just not a big deal. Scandals happen in sports all the time,” said Skylar Conner. “I don’t support it, but way worse things happen in sports all the time. The only reason this is a big deal is because it was right before the Super Bowl. If that wasn’t the case, they’d get a slap on the wrist, and everyone would go on with their lives. I’m just hoping for a better game than last year.”

The game is shaping up to be a better competition than last year, but almost anything would be. With both teams coming into the Super Bowl as the number one seed after struggling early on in the season, this match up between NFL powerhouses is sure to bring out the best in both teams.

CSU-Pueblo will be holding two Super Bowl viewing parties in the Crestone and Belmont residence halls Sunday from 4 p.m. to 6 p.m. Free food and drinks will be provided, and students are encouraged to invite friends and enjoy the game.