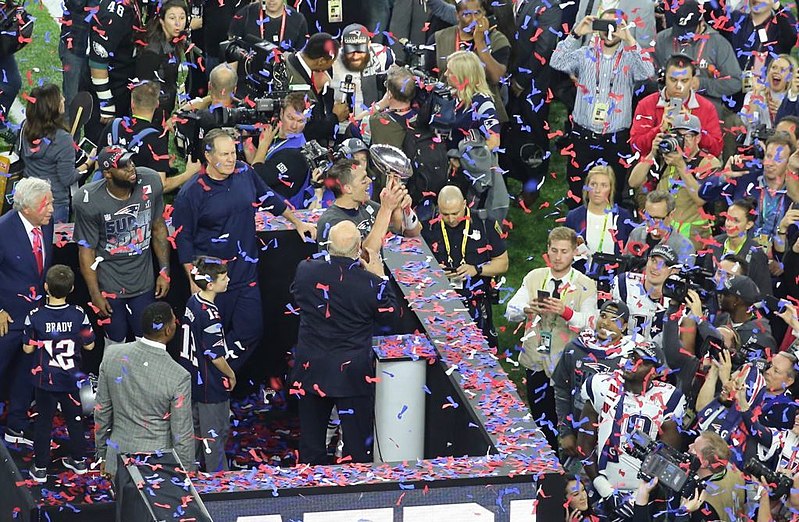 The biggest game of the year kicks off Sunday at 4:30 p.m on CBS.

Super Bowl LIII features a repeat matchup of  Super Bowl XXXVI; the New England Patriot’s first Super Bowl victory. The Patriots have since established themselves as frequent Super Bowl contenders and champions. They return to face the Los Angeles Rams; who are returning for the first time since Super Bowl XXXVI.

This year’s game will be one showcasing both No.2 seeds in the playoffs. The Patriots have made it to their third consecutive Super Bowl since 2016 winning Super Bowl LI and losing Super Bowl LII to the Philadelphia Eagles.

The Rams represented St. Louis, their home from 1995 to 2016, the last time they played in a Super Bowl. They had previously won their first and only Lombardi trophy two years prior in 2000.  Their only Super Bowl appearance as the Los Angeles Rams was back in 1980, when they lost to the Pittsburgh Steelers, 31-19.

This regular season, The Patriots did what they do best. Tom Brady threw for 4,355 yards to lead a stellar offense to an 11-5 record.  This has been their bread and butter for many seasons and this season proved to be no different.  At some points their play came into question; but once again, they overcame the adversity.

This year’s Los Angeles Rams are well balanced on both sides of the ball. The offense, led by Jared Goff and Todd Gurley puts up points and moves the ball in a way reminiscent of Kurt Warner and Marshall Faulk’s “Greatest Show on Turf.” Goff also has many elusive wide receivers with great hands like Robert Woods and Brandin Cooks.

On the defensive side of the ball they have a solid and consistent defense lead by one of the most dominant defensive lineman of the decade Aaron Donald.  This defense doesn’t give up much points and outside of their game against the Kansas City Chiefs, when they allowed a season-high 51 points.

This game can go in one of many directions. It will most likely be a high scoring matchup as both teams were among the top four offenses in the regular season. However, a star-studded Rams defense and a stout Patriots defense, ranking 10th in the regular season could disrupt the scoring flow. It should be a close one, nonetheless.

On the coaching side, the Patriots are still coached by Bill Belichick, who is looking for his sixth Super Bowl ring.  The Rams’ head coach Sean McVay is the youngest to coach in a Super Bowl at 33. He is looking to give the city of Los Angeles a Super Bowl win for the first time since 1984 when the Los Angeles Raiders won, two years before McVay was born.

Overall this Super Bowl will be another hard fought game and both of these teams have a lot riding on this game.  If the Rams win, it could signal a changing of the guard for the NFL. However, the Patriots will tie the Steelers as the franchise with the most Super Bowl victories if they win.

A tribute to Jackie Robinson