The recent trade rumors of Colorado’s biggest sports star have got me thinking. Just like any other fan, I want to know the details.

Who might we get? Who might we get rid of? Will the organization try to get a young up-and-comer to build for the future? Or will we go after a savvy old vet, in hopes of winning now?

After fans hear all this, we decide for ourselves if the front-office has gone over the edge or if the move will boost our team to the NBA Finals.

In 2003 the Nuggets team, franchise, players and fans lucked out when the Detroit Pistons botched the second overall pick in the draft and selected Serbian, Darko Milicic. With the Piston blunder, Denver had an immediate superstar fall straight into their laps.

Since the Denver Nuggets season ended at the hands of the eventual Western Conference champion LA Lakers, trade winds have whirled about the possibility of dealing Carmelo Anthony.

Could a trade really happen? ‘Melo doesn’t know where he’ll be playing next year.

The Pistons, who have been just fine after passing on the Syracuse superstar, took a stab at getting him via trade. No, no, no they didn’t offer Darko for ‘Melo. They reportedly offered the Nuggets Tayshaun Prince and Denver native Chauncey Billups in return for Anthony.

While Prince is a young, solid forward who knows how to play defense (something only Marcus Camby can claim for the team now), and it would be nice to bring Billups home to Denver, it’s not enough in return for arguably the best scorer in the NBA.

The Nuggets counter-offered with a package around Allen Iverson and Camby, but that’s where the trade talks ended.

On Monday the team met with representatives of Carmelo and apparently came to the agreement that the star will play in the Mile High City next season.

Something has to change!

The Nuggets are 4-20 in the playoffs in the ‘Melo era. You might be one of the one’s to say “Ya, but he’s getting us there!”

I agree, he is getting us there. But I’m not a fan of getting to the playoffs, I’m a fan of winning championships!

I even had mixed emotions about beating Golden State and making the playoffs this year. If we had to face a team like the Lakers in the first round, I’d rather not make the playoffs, save the embarrassment of the inevitable sweep and get the better draft pick.

What do the Nuggets need to do you? Thanks for asking.

The Nuggets, if they plan on keeping AI which is probable, need to trade Carmelo for a different young superstar. Iverson’s years are running out. He just turned 33, but with his style of play (going to the hoop, getting beat up night in and night out), he won’t be playing past 36.

Iverson’s contract runs out at the end of this year, and unless we win more and win now, I don’t see him re-signing with the Nuggets.

But the Nuggets can’t sacrifice their future for a championship, ala the Florida Marlins.

The answer is in Orlando.

Hey, Coach Karl, chew on this. We give them Carmelo Anthony with his numerous run-ins with the law, and Mr. Injury, Marcus Camby in return for Dwight Howard with his automatic double-double (19 points, 16 rebounds), and Hedo Turkoglu the 2008 Most Improved Player of the Year.

If they’d throw in a player like former Dukie J.J. Redick to fill the Nuggets need for a 3-point threat, it looks like a winner.

Hell, we’ll even ship them Mr. Injury II, Kenyon Martin. We don’t need him. Nene is more than ready to fill in K-Mart’s shoes.

That would mean we would get rid of two egos and Camby, in return for three well-rounded individuals. Not to mention improving on the hardwood.

Some people say we need to trade for Ron Artest to improve our defense.

I like where your heads at…improving on defense is a necessity.

But answer me this. What do Allen Iverson, Carmelo Anthony, Kenyon Martin, J.R. Smith and Ron Artest all have in common?

Answer: They each have enough ego to fill the Pepsi Center…and then some.

So to the Nuggets decision makers, I’ve told you what needs to happen. Find a way to get it done. And don’t forget about me when you’re celebrating your NBA Championship. 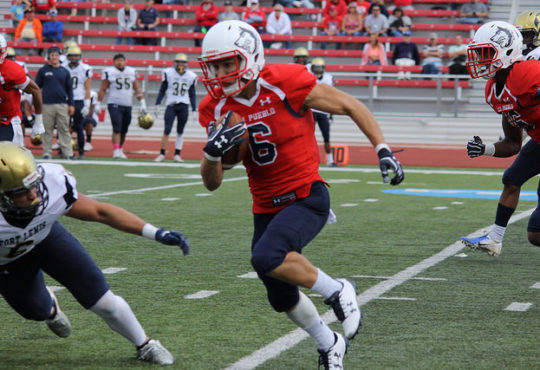 Campus food bank for students and staff to be operating soon