They were ousted 85-84 Dec. 31, after the Mountain Lions stopped a CSU-Pueblo comeback. Saturday night’s result was much different as the Pack returned to Pueblo with a 76-71 victory.

They got off to a quicker start in the second half hitting four straight shots, which included three three-pointers. Sophomore Jed Knafelc had a team-high, four three-pointers and added 16 points to help his team.

Although the Pack only shot 39 percent from the field, they played solid defense, holding the Mountain Lions to 41.5 percent shooting for the game and forcing them to commit 17 turnovers.

Shooting woes did not affect the team’s three-point shots; however as the Thunderwolves shot 11-22 from beyond the arc. The Mountain Lions hit one less than the Pack, but it took the 33 attempts to do so, shooting only 30 percent from the three-point line.

Junior guard Bryse Velasquez led the Pack in scoring with 19 points. Velasquez hit six straight free throws in the final two minutes of the game helping the CSU-Pueblo hold on to the lead. The ThunderWolves were 15-20 as a team in the second half and 19-24 for the game, shooting nearly 80 percent on the night.

The ThunderWolves are currently No. 11 in the Rocky Mountain Athletics Confernce and are looking to climb back into the conference race against Fort Lewis Friday, Feb. 10. 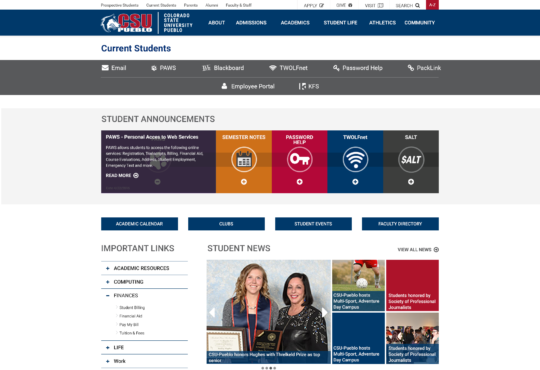