After the CSU-Pueblo baseball team got off to a slow start this season it looked as if they would be in for a tough spring. That’s nothing but a distant past after another win Thursday, April 5, at Rawlings Field against Colorado Christian.

The Pack will wake up in the morning owning a share of first place in the Rocky Mountain Athletic Conference after beating rival Colorado Christian College 5-2. Coach Stan Sanchez got a solid outing from sophomore starting pitcher Mike Fabrizio who worked a scoreless seven innings and allowed just six hits. Fabrizio picked up his sixth win of the season and left the game with the Pack leading 5-0.

The bats didn’t take long to heat up for the Pack either. The first inning saw the first run of the game when J.T. Greenhood doubled the deep left. With the hit, Greenhood increased his season high hit streak to 19 games.

The Pack bats exploded again in the fifth inning scoring four more runs. They capitalized on a few miscues from their opponents. After an error by the Christian right-fielder allowed the pack to scored unearned run, Chris Schindler singled through left side to push the lead up for CSU-Pueblo.

In the end, the 5-0 lead was enough for the Pack as they extend their winning streak to three, they have also won 12 of their last 13. Christian tacked on two runs in the ninth inning but it proved to be too big of a deficit.

This was the first game of a four game series that the two schools are set to play over the Easter weekend.  Though much of the season remains, this is the first time this year that CSU-Pueblo has seen first place.

The Pack is looking for the first RMAC regular season title since 2004 when they also won the RMAC tournament.

After the Pack finishes their four game home-stand they are scheduled to hit the road during three of the next four weeks before they finish the season with the RMAC tournament. 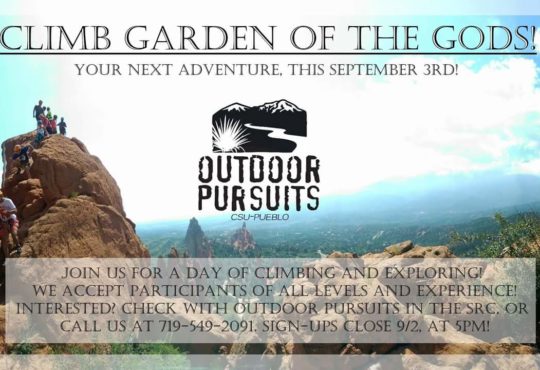 Crime on campus that students need to know