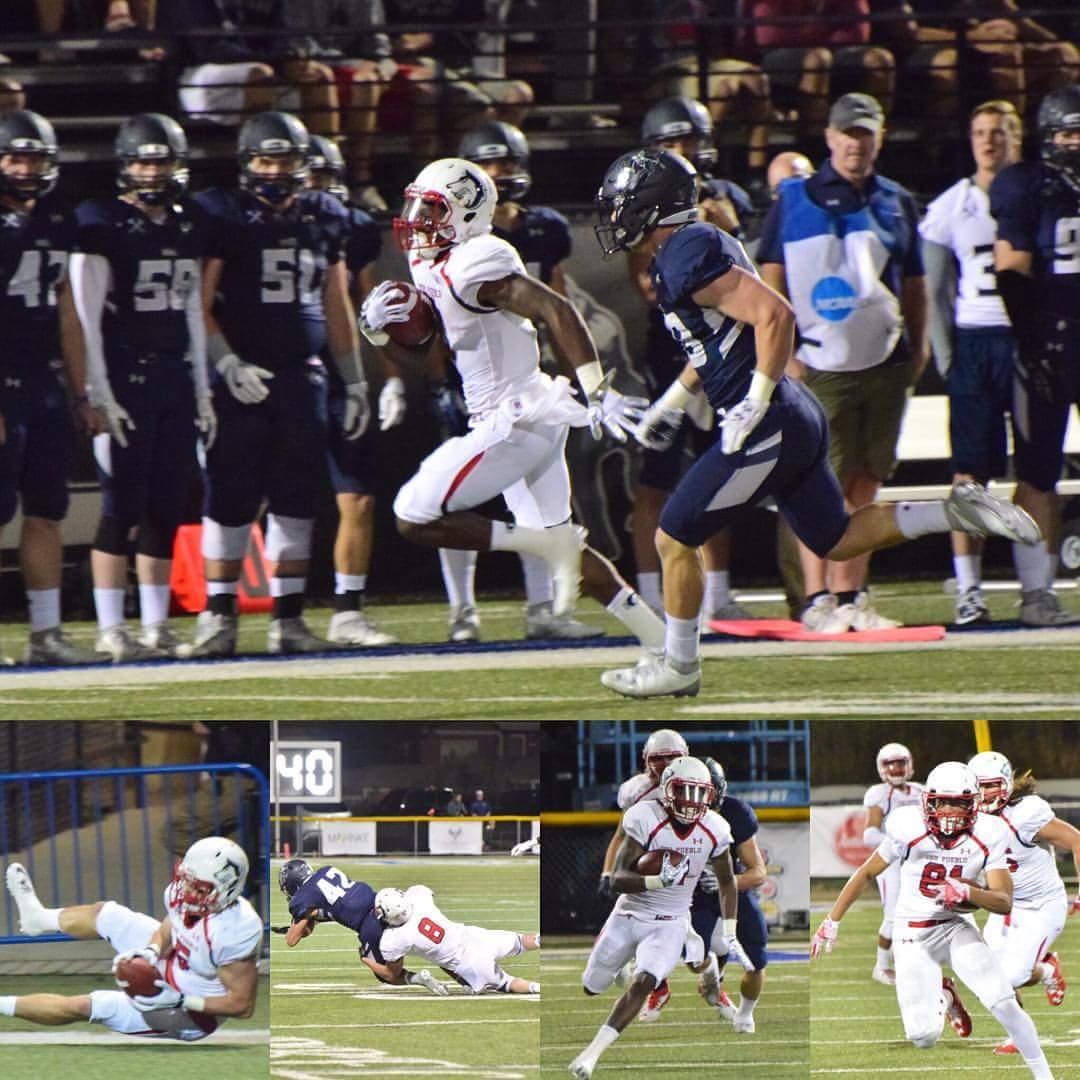 The Colorado State University-Pueblo ThunderWolves football team lost its first game of the season to the Colorado School of Mines Orediggers 57–21 on Thursday, Sept. 1, in Golden, Colo.

After a one-hour-and-40-minute lightning delay, the Pack started strong with a 71-yard touchdown, run by junior Bernard McDondle, on the second play from scrimmage for the offense. The TD was followed by a heads up run by junior tight end Aaron Eckhoff, on a two-point conversion that allowed the Pack to go up 8-0 early in the first quarter.

The offense had some bright spots as sophomore wide receiver Cole Forsgren caught a 33-yard touchdown pass from sophomore quarterback AJ Thompson midway through the third quarter. Redshirt freshman running back Austin Micci was able to punch in a touchdown after a six play, 81-yard drive to bring the score to 57–21.

Turnovers were also a big issue on offense for the ThunderWolves with three interceptions thrown and three fumbles. “You can’t do that and expect to win football games,” said Offensive Coordinator for the Thunderwolves, Gordon Shaw.

Thompson threw two interceptions; the other was thrown by junior quarterback Rex Dausin. McDondle fumbled twice and David Cardinal once.

“The focus in practice will be limiting the mistakes,” Shaw said.

According to Head Coach John Wristen, the team will also work on the fundamentals, ball security and tackling.

Dausin was substituted for Thompson early in the fourth quarter after an interception thrown by Thompson, resulted in a touchdown.

Dausin’s time in the fourth quarter didn’t go well initially; on his first drive, he threw an interception, but on the second drive, he drove the ThunderWolves down the field, resulting in the Micci touchdown. The third and final drive stalled at the CSM 35-yard line. Dausin was also put in for a drive in the second quarter, but it was cut short when a botched snap resulted in a safety.

There is also going to be a committee of running backs used behind McDondle, according to Shaw and Wristen. The offense will remain a balanced, “do what the game dictates” offense, according to the coaches.

Wristen said the wind hurt the normal routine, resulting in very few punts throughout the game and very few returnable kicks. There were also quite a few botched snaps by both teams. CSM attempted one field goal from 28 yards out but missed wide right.

The ThunderWolves’ next game will be on the team’s home field Sept. 10 at 6 p.m., where they’ll face West Texas A&M University for the Red Out Game.