As a former college student-athlete, a huge sports fan and an aspiring sports writer, my life revolves around sports. At least that’s the opinion of my wife.

When I recently got the opportunity to go to a Rockies game while interning for the sports section of the Pueblo Chieftain, I was thrilled. Maybe the word “thrilled” doesn’t describe it well enough. The Rockies are my team! I’ve often suggested my wife and I name our baby Troy, Matt, Ubaldo or one of the 30-something other guys that have made a positive impact within the last year.
I knew that I would attend the game with Jeff Letofsky from the Chieftain, go on the field, sit in the press box and ask some questions for an article I would need to write for the following Sunday. What kind of questions? I had no idea. I didn’t even know what I was going to write about until we were 15 minutes from Coors Field.

The first thing we did when entering the restricted/press area was check out the clubhouse. None of the players were in the clubhouse to talk to, so we headed to the dugout where we knew Clint Hurdle was having his pre-game press conference.

While walking through the tunnel I spotted my first superstar. It was one of my favorite Rockies of all time, Todd Helton. I was star struck to say the least. He just grabbed his bat from the batting cage, and headed back out to the field for batting practice, but it was enough to put me in awe. We followed him, right into the press conference.

As we entered the casual press conference, Clint Hurdle looked right at me. We made eye contact. My heart skipped a beat.

I decided I should try and look professional, so I held up my voice recorder and pushed record. Clint is cool, but I was more worried about the players on the field. While I held up the recorder to his face, I turned my head and awed at the players on the field. An injured Tulo was hanging out with Clint Barmes, Garrett Atkins, Brad Hawpe, Jeff Francis. I was in heaven. Francis, by the way, is way bigger in person than on TV.

After the press conference I made my way up the dugout stairs, and for the first time stepped onto Coors Field. A dream come true.

Standing about 20 feet behind the batting tunnel, right next to the “CR” logo, I told Letofsky, “this might be better than when I went to game 3 of the World Series.” It was certainly cheaper!

Then, there he was. Walking toward me was MVP (from my bias perspective) Matt Holliday. I’ve been told by a few people that I look like him…from the neck up. When I saw we had the same Nike Shox, I about pissed myself. Then I noticed I didn’t wear that pair that day, in turn losing my conversation starter. And yes, I would’ve used that as a convo starter, that’s how star struck and nervous I was.

We didn’t talk to any of the players while on the field, but I did meet Troy Renck, the Denver Post’s Rockies beat writer, who surprisingly recognized my name from my articles in his paper.

As batting practice was winding down we went back into the clubhouse. Scott Podsednik was already in there getting ready for his pre-game shower. His chest is huge! I still didn’t have the nerve to talk to anyone.

First I stood by while Letofsky interviewed Omar Quintanilla. It shows how star-struck I was, I wouldn’t even talk to a second basemen who only Rockies fans know. The interview went well, and lasted a few minutes.

Next, we went over to talk to Yorvit Torrealba at the end of the club house. He had his Spanish rap music blaring, but when he realized we’d be there for a while he politely turned it down. He’s got the same laptop as me.

As the interview progressed I snuck in a question or two building my courage for later. The clubhouse attendant brought him his pre-game meal of what appeared to be two grilled ham and cheese sandwiches. I wasn’t going to use that as a question.

We headed for the press box for a little pre-game meal of our own. We paid ten dollars but only after I was promised I’d get reimbursed by the Chieftain. The meal of the night was barbeque chicken, which I didn’t enjoy all that much. I could tell by the niceness of it that they treat the press well. What I did enjoy was a few chocolate milks like I used to have in elementary school.

Sitting down for the game I realized I got to sit next to MLB.com’s beat writer Thomas Harding. I learned just how taxing it would be to follow a team every day.

The game was cool, just like any, but the highlights came after it. I was finally relaxed with my surroundings, and was ready to ask some questions. But not to the skipper. I was afraid Hurdle, with the cameras on in the press conference, would berate one of my questions while I cried on television.

As soon as the press conference was over the media herd filtered into the locker room and shuffled around to Aaron Cook, the night’s starter. Still camera shy I went over to Barmes, who had another solid game. I asked him questions about the season so far and if he’d give a little message to the fans. My first famous interview on my own, Clint Barmes, a success!

After I was done with Barmes, the rest of the media was done with Cook. I jumped at the chance. Another successful interview. I was on a roll.

After Cook came Fuentes, then Holliday came out of the showers, and I met him at his double-wide locker. I had heard he didn’t really like talking to the media so I was nervous. I talked to him as he got dressed, and was a bit disappointed in his lack of care for the fans. I understand though, that he was upset after losing a close game.

Next, my favorite interview of the night. The man that has never met a microphone he didn’t like. This would be an easy interview! I approached Ryan Spilborghs and the opening conversation went something like this:

“Hey Spilly you got a second?”

Dropping his towel, and drying his “backside” in a side-to-side motion just like they do in the movies he said, “I always have time for you!”

The interview went smoothly, and that was that. We were done for the night, and I couldn’t have been happier! 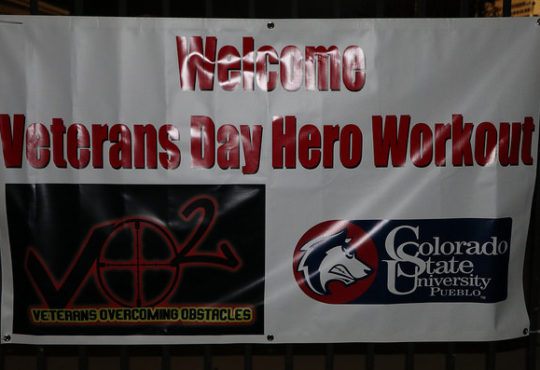 Creativity represented in many forms at PechaKucha night