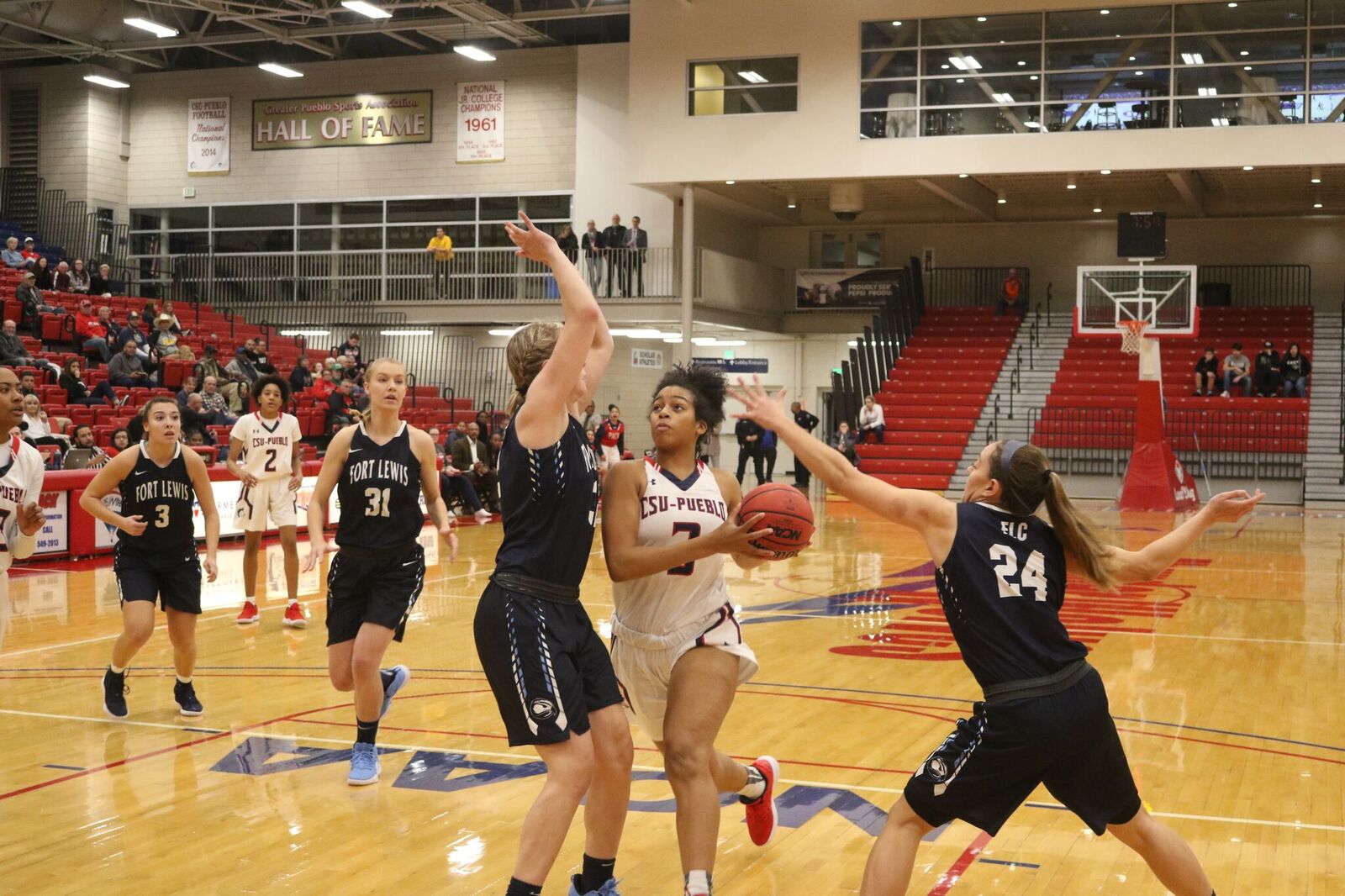 Coming off a nail-biting 65-64 win over Adams State the night before, Thunderwolf senior guard Jennah Knafelc said defense made the difference between Friday and Saturday night.

“Honestly, we just kind of turned up our defense a little bit,” Knafelc said. “Last night we talked about how we didn’t like how close the game was, we let them go on too many runs, etc.; and tonight, we just did a better job of maintaining our runs and limiting theirs.”

The team totaled 8 steals and 11 points off turnovers. They also outrebounded the Skyhawks 47-33. “We wanted to make sure that our defense’s pressure was there, but then we wanted to finish the play with the box out,” head coach Curtis Loyd said. “For the most part we did. We created a lot of chaotic shots for them and then we closed it down when we got that rebound.”

Against the Thunderwolf defense, the Skyhawks shot 37.7 percent from the field and turned the ball over 15 times. Offensively, Thunderwolf junior forward Khiya Adams shot 10-for-16 to tie her career high of 22 points. Knafelc added 18 points and 6 assists. According to Knafelc, team’s statistical success can be attributed to a high “basketball IQ.”

“You can see it in where we’re getting steals or we’re capitalizing on those steals,” Knafelc said. “You know, just looking for each other, knowing what shots to take. Those are just things that you can’t really see on the stat sheet but are very evident in our play.

With Saturday night’s win, the Thunderwolves move to 3-0 in RMAC play, tying them for first place with four other teams. One of those teams is the Westminster College Griffins. The Thunderwolves play the Griffins on the road in their next game on December 14. The Griffins are led by Denise Gonzalez and Hunter Krebs, a duo averaging over 18 points apiece.

Loyd said “staying together” is the key to beating Westminster. “Just that tightness, that closeness on the road; it really matters right now, and we’re going to try and take advantage of it.”

Knafelc said keeping composure is also important on the road. “I think we did a good job now doing that; playing some close games and playing ones that aren’t quite as close,” Knafelc said. “I just love to prove ourselves on a long road trip.”

Reporters are human and make mistakes

Man on the street: Thoughts on Chartwells Dining Services