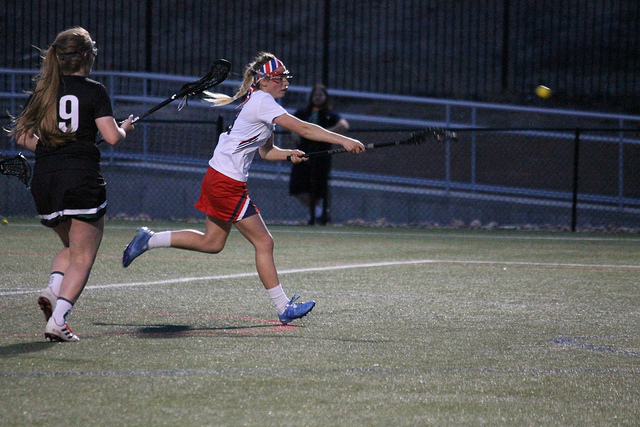 Colorado State University-Pueblo’s women’s lacrosse team first began action in 2015. Since then, the Pack had never recorded a shutout against any of its opponents.

That changed Wednesday night at Art and Lorraine Gonzales Stadium as the Thunderwolves shut out the Adams State University Grizzlies, 20-0. Senior captain Ane Marie Horton recorded four saves in goal to secure the shutout for the Pack.

“This program has grown so much since it started and it’s bound for more record–breaking games,” freshman attacker Paige Schemenauer said. “I’m honored I get the chance to be a part of it for a short four years.”

Aside from the shutout, the Thunderwolves had a goal fest against the Grizzlies. Sophomore Olivia Tener got the scoring started for the Pack less than two minutes into the game. She added another goal later in the first half.

Senior captain Taylor Christensen scored a hat trick in a little over ten minutes to help the Pack extend their lead.   “It felt good,” Christensen said. “A lot of people had goals and I think that was good for our ego to help us come back from a couple of tough losses.”

The Thunderwolves out-shot the Grizzlies in the first half 22-3, and lead 13-0 after the first half. Emily Eller began the second half scoring with her second goal of the game and her 12th of the season. Junior defender Hope Lambert added two goals of her own before Tener finished off her hat trick with twenty minutes left in the game.

At that moment, the Thunderwolves Head Coach Monica Potter began allowing some of her non-starters to shine in the Pack’s dominant victory. “They were able to score and get some confidence with some actual game play,” Potter said.

The non-starters who added their names to the score sheet were sophomore Emily Brewer, and Schemenauer, who scored her first two goals of her collegiate career to push the Pack’s total to 20 goals on the night.

“It was absolutely amazing,” Schemenauer said. “Putting in all the hours of work and finally seeing it pay off makes me so eager to practice and improve my skills.” The Pack only allowed one shot in the second half, and pushed their own shot total to 47 for the night.

“Tonight, worked well. We tried different plays and tried to be patient on attack and transition. Our defense also stepped up,” Potter said about her team’s performance.

Ka-Mitt to skating in Pueblo