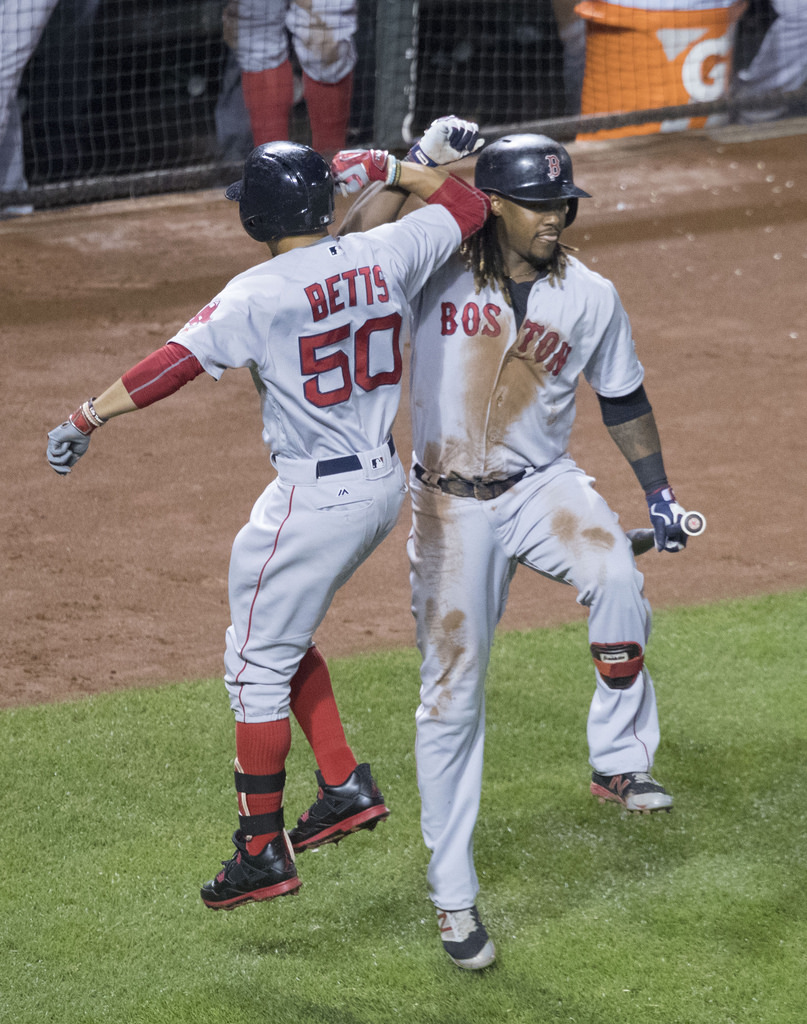 After proving their athletic ability throughout regular season, the Boston Red Sox are making moves to be the best team in the 2018 postseason as well. The Red Sox took both games of the World Series thus far against the Los Angeles Dodgers, making the series 2-0.

These two historic franchises meet after Boston won 108 regular season games, a franchise record. The Dodgers defeated the National League number one seed Milwaukee in a battle that lasted seven games, making this their second consecutive appearance in the series.

In game one of the series, it was undeniable that the Dodgers were making a handful of mistakes that the Red Sox capitalized on. When the Red Sox sent their first batter up, Mookie Betts lifted a pop-up into foul territory on the first base line. Dodger David Freese overran the ball, allowing it to fall foul.  Betts singled later in the at-bat.

The Dodgers continued this pattern, with the Sox putting pressure on them throughout the entirety of the game. The Sox won game one, 8-4.

The second game began with the Dodgers fighting back. They claimed their first lead of the series when Yasiel Puig got an RBI single in the fourth inning. However, the Sox were there to win.

In the fifth inning, Christian Vazquez punched a single to right field. With a single by Mookie Betts and a walk earned by Andrew Benintendi, the bases were loaded; sending Dodger starter Hyun-Jin Ryu to the dugout. The Red Sox pulled through again with a win, 4-2.

Boston is now 9-2 in the postseason, and only need two wins to acquire their ninth championship.

R.J. Anderson, staff writer for MLB, said people should not count the Dodgers out just yet. They have a history of improbable comebacks. Anderson said as a franchise, the Dodgers are responsible for three of 10 instances,1955, ’65 and ’81, where after opening on the road, the team was down 2-0, but ended up taking the series.

The battle for the series will continue tonight at 6:09, giving the Dodgers home-field advantage. Alden Gonzalez, ESPN staff writer, said this year’s Red Sox team may be among the greatest in baseball history; leaving the Dodgers with a great challenge to overcome the deficit.

President takes life by the horns