The Active shooter training, which was held on campus, encouraged students to “get out, hide out or take out” in the case of shots being fired on campus.

It is interesting that students were encouraged to “take out” an active shooter on the very same week in which Democrats in the state legislature are pushing through a bill, which could ban concealed carry weapons on campus.

After the active shooter training, those in attendance asked many questions. They wanted to know about security of the buildings, who to call if they heard shots and many other issues. But not a single person mentioned the elephant in the room; the issue of weapons on campus carried by someone other than a mass shooter.

The video shown at the training showed a room full of helpless people throwing books at a gunman before running at the gunman and taking him down as a group. It is a nice thought, but how much easier would it be if one of them had a weapon to fire rather than a book to throw?

On the Colorado State University- Pueblo campus, that question may never be answered, due to the possibility of the state legislature illegalizing the most effective form of self-defense; concealed weapons carried by law-abiding citizens.

Banning weapons at CSU-Pueblo campus is nothing new. In 2010, the Faculty Senate voted unanimously to ban possession of weapons on campus, including students who had concealed and carry licenses.

Later that same year however, the Colorado Supreme Court overturned the ruling, saying that the school (among others) was “operating above the law,” according to an article in the Huffington Post.

Now, the ban on concealed and carry licenses on campus could become law. The bill has passed the house and is expected to be passed by the State Senate within the next couple of weeks, according to an article on campusreform.com.

Democratic State Senator Joe Salazar defended the bill with some comments that have offended many gun-carrying women.

Apparently, women cannot be trusted with guns, so they should carry whistles. Call boxes might come in handy, for the fast runners.

Many female students from around the state are not satisfied with whistles and call boxes.

“[T]here has not been a single incident of a Colorado student with a concealed carry permit using a handgun to kill or commit an act of violence on campus,” Katherine Whitney, a spokeswoman for the Colorado chapter of Students for Concealed Carry, said.

“On the other hand there have been numerous rapes and murders that have occurred on or near campuses that could have been prevented had the victim had a concealed handgun,” Whitney said.

“I am offended that the senate president wants to increase my vulnerability to rape and assault as I walk home from class late at night,” Whitney said.

An active shooter or any other person, who is committed to hurting other people, will not follow or respect a gun-free zone on campus. Only the law-abiding students with no intent to hurt others will be left weaponless, defenseless and at the mercy of an “active shooter” or other violent person, if this becomes law. 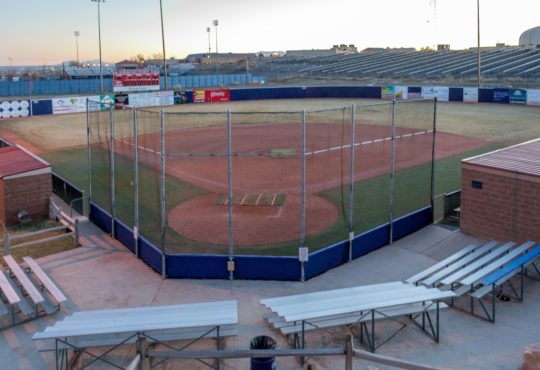 The Feedback Show: Ghosts at CSU-Pueblo