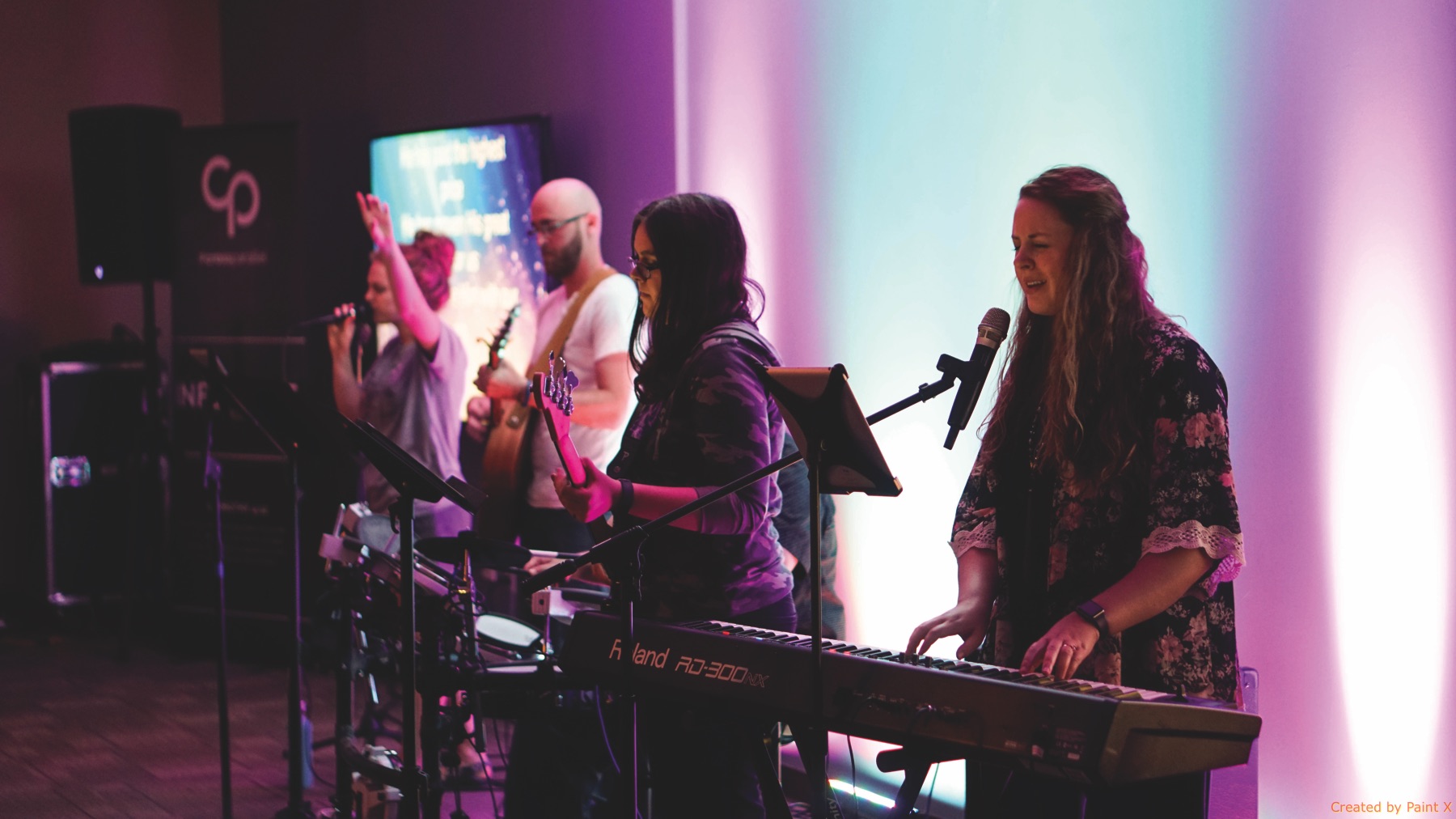 Cross Parallel, a Christian ministry for young adults, moved to the campus of Colorado State-University-Pueblo this semester.

They meet every Friday night in the Occhiato Student Center at 7:00 p.m. Cross Parallel’s first meeting was on August 24.

“There was a lot of competition that night,” said Pastor Tony Amaya. It was CSU-Pueblo Back-to-School Discount Night at the Fair and there was a campus-wide capture-the-flag event, yet Amaya said five new people showed up at Cross Parallel.  “I’m so excited to see God move there,” Amaya said.

Amaya is a CSU-Pueblo alumnus.  After earning his degree in sociology from CSU-Pueblo, Amaya went to Refuge School of Ministry to study discipleship and bible training. He has been the young adult pastor at Pueblo Christian Center since 2012, but in Feb. 2017, he became the youth ministry pastor for Cross Parallel.

“When I went to CSU-Pueblo, it was a hard time,” Amaya said. “The problem is that a lot of students on campus can’t find a place to plug in a call their church.”

Amaya said the average age of Cross Parallel attendees is 23 years old and demographics include “college and twenty-somethings, even up to 30 years old.”  According to Amaya, approximately 40 people attend Cross Parallel per, and sometimes as many as 60 people attend.  “It depends on what else is going on around town,” Amaya said.

According to Amaya, 70% of Christian high school graduates don’t go back to church after graduation.  Many college students who live in dorms do not have vehicles.  Many are from out of town, or from out of state. Amaya said it takes a lot of initiative for them to reach out and find a home church in an “unfamiliar” city. “I said, ‘God we want to be there…take church to them,’” Amaya said.

Amaya said he wants Cross Parallel wants to be a church who decides to “go and tell others about Jesus, because where there is a need, there is an opportunity,” rather than a “come and see” type of church. “Cross Parallel is a place of love, we serve a God who is a God of love,” Amaya said.

Amaya shared further, “Biblically, the 12 disciples were between the ages of 16-22.” In other words, they were young adults.  Jesus invested time in the 12, and Cross Parallel wants to invest time in CSU-Pueblo’s young adults. “Jesus loved everybody, but he invested in the young adults,” Amaya said.  “Without God, there is a lot of confusion facing young adults today in the decisions they have to make.”

Amaya said ministry at CSU-Pueblo has been “on his heart” since he was an 18-year-old freshman.  He said he recalls helping set up for a concert in Hoag Hall when he was a student. Amaya said he asked himself, “What if these seats were filled with worshippers?” while looking at the seats.

“If we can effectively reach students who attend,” Amaya said, “they will be graduating soon and going out into the city, becoming managers, bosses, employees everywhere; there’s the change that Pueblo needs.”

Priscilla Renea is the “apple” of new summer music