The master plan for Colorado State University- Pueblo presented on May 29 revealed a new classroom building and additions to the Occhiato University Center.

Physical Plant Director Craig Cason presented the plan, which consisted of a visual representation of additions to be made on campus. Cason said it was important that the master plan be visual instead of written, like most master plans are, so it could be easily discussed.

When putting together the master plan, Cason said it was important that the hired designers keep to three core guidelines. The design had to be aligned with the mission of the university as well as enhance the campus environment and be sustainable and safe for students, faculty and visitors.

Funding currently exists for a new 45,000 square feet, three-story classroom building that would sit on the west side campus. The building would house four to six new lecture classrooms with tiered seating and four computer labs.

The commitment to placing the building on the west side of campus, near the arts and music building, came after a decision to keep the current sections of campus in place.

Cason said that the campus is divided into an academic corridor, a residence corridor and a sports corridor.

Cason and Vice President for Finance and Administration Marty Hanifin reiterated throughout the presentation keeping the campus layout consistent was important.

Approval of the classroom buildings has already been made and construction is expected to begin in early 2014 after the design is completed in the fall. Construction will take around two years.

The additions to the OUC have not been approved but a funding source has been indicated. Plans for the OUC will be presented to the board of governors in early August, according to Cason.

Construction for the additions would start in February. To alleviate inconvenience during construction, the OUC is expected to remain open. Cason said the bookstore would be removed from its current location to better transition the academic corridor and the residence corridor.

The master plan also adds a significant amount of landscaping to the campus. Cason said this was the most obvious change in the design presented. The current drainage system running through campus will be transformed into Wolf Creek, so it will not only serve a purpose but “encourage students to stay on campus,” Cason said.

Funds for Wolf Creek have been located and completion of the project is expected by next summer, “or at least phase one,” Cason said.

“(The creek) will really bring in the Colorado feel,” Hanifin said. Boulders and greenery would be added along the current drainage system to create the creek.

Criticism from the audience included the manpower and cost associated with Wolf Creek and additional landscaping.

The planners assured costs and water usage were taken into account during design. Native plants and vegetation will surround the campus to lessen water usage up to 50 percent.

Plans for a campus at full capacity were also revealed. If CSU-Pueblo is to reach an enrollment of 8,000 students, a design has been made to satisfy the needs of the school. The design indicated several new academic buildings as well as new access points, a complete road around campus and additional landscaping.

“We have to have reasons for people to want to come here,” Cason said. He added the master plan for CSU-Pueblo was ultimately to serve the purpose of an expanding campus but also to create a more inviting environment for the community. 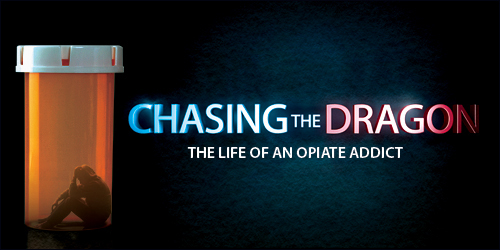