A Colorado State University-Pueblo student film team was recently named one of four finalists in the LiveWell Colorado Film Challenge.

Spencer Daniels, Kieran Kuiper, Avery Lewis and Josh Smith, wrote, directed, edited and starred in the film, in a statewide competition designed to create, “student-produced short films about barriers to healthy living in the state of Colorado,” according to the organization’s website.

The name of the team’s film is “Taking Life Into Your Own Hands,” and it outlines a day in the life of a college student, played by Daniels, who does not have enough money to afford eating healthy foods.

“Our film is about a young man forced by economic challenges to buy the cheapest groceries possible, thus processed and unhealthy foods. This leads to his realization in a dream of his in which he is diagnosed with diabetes,” Kuiper said. “From there, he takes his health into his own hands and starts work on his own personal garden.”

Lewis said the problem posed in their video applies to a lot of people.

The video is relevant on a more local level, too.

“The message is important because it applies to so many people in southern Colorado and rural Colorado areas where money is tight and a situation like this is a reality,” Kuiper said.

Perhaps one of the biggest challenges for the team was to condense the film’s contents into three minutes or less in order to adhere to the LiveWell Challenge guidelines.

“(It was) definitely hard, we didn’t end up shooting a lot of it, we edited it all down and it was still like five minutes,” Lewis said. “We actually ended up cutting a lot of stuff we really liked.”

Kuiper said the team was pressed to tell a meaningful story in such a short video.

“Three minutes is hardly enough time to convey a message so powerful. I think with more time allotted we could have developed our story more thoroughly and included some details we had to leave out. Fitting so much information into a small period of time is very challenging, but I think that’s part of the art of short films,” he said.

The CSU-Pueblo team consists of four mass communications majors who had all worked with the medium of film before, yet had never made such a collaborative short film. In their first such venture, they were named finalists in a statewide competition.

“I think our film is very aesthetically pleasing, we’re proud of how it looks. With so many artistic minds collaborating on one piece I think we have a diverse perspective and angle that can apply to a large audience,” Kuiper said.

In a CSU-Pueblo news release, mass communication department chair Leticia Steffen said, “We are proud of our students but not at all surprised that they were finalists in this competition.”

“We have some extremely talented students in the mass communications program and at CSU-Pueblo in general, and it’s always great to see them do well in these kinds of competitions,” she said.

Although the winner of the competition has already been chosen by a panel of judges, consisting of film industry professionals and LiveWell representatives, the CSU-Pueblo team will learn how their film placed, as well as have their film publicly screened in front of an audience on August 18, at Denver’s Sie FilmCenter.

For Kuiper, “I think we’re most excited about just getting to hang out with our friends that we made this thing with, in a film festival-esque environment. Plus we’ll get to dress up and hopefully make a speech,” he said.

“Most importantly, we simply had fun doing this. Being with friends and creating something we can call our own, and then getting some recognition for it is really special to us.” 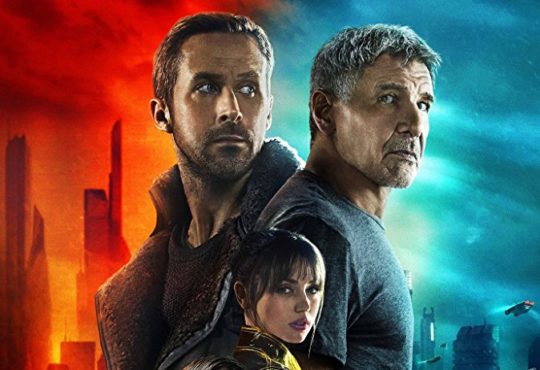 Sequel that added to the original

Getting different brews at Brues

Movie Review: “Prince of Persia: The Sands of Time”

Sleep can improve your day