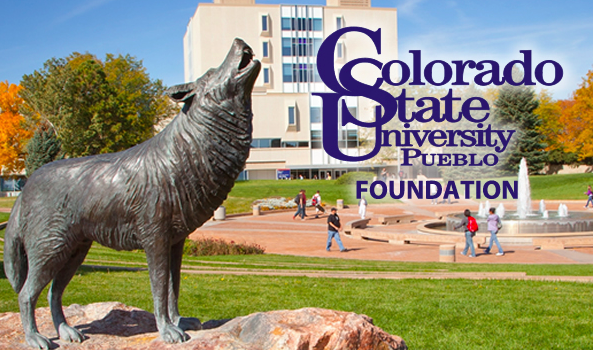 The Colorado State University-Pueblo Foundation is calling for a final push to meet its $25 million On the Move campaign, which has an Aug. 31 deadline.

Todd Kelly, president and CEO of the CSU-Pueblo Foundation — a nonprofit 501c3 — is confident that the university will reach its goal, even as the three-year window is coming to an end. So far, the organization has raised $19 million toward its ambitious goal.

“Pueblo County has roughly 160,000 residents. If every resident just gave $10, that’s $1.6 million — that’s a big impact to CSU-Pueblo — for scholarships and new programs to benefit our students,” Kelly said. “Every gift counts, no matter how small it is. It makes a big impact on our students.”

A ‘Text Ten’ fundraising effort also will take place during the final weeks of the campaign, encouraging the Pueblo community and alumni across the country to text PACK to 80888 and donate $10 per text.

“We’re still on track,” Kelly added. “We haven’t changed anything on the timeline or the dollar amount.”

This far, no contingency plans are in place should the campaign should funds fall short of the goal. In May 2013, 40 percent of the campaign’s goal had been met.

“In most campaigns, you see a big push at the beginning and at the end. In the middle, there’s a lull. What we see is normal to multi-year multi-million dollar campaigns,” Kelly said.

The three focus areas of the campaign — launched in 2013 — include $15 million towards scholarships and academic programs. The foundation committed $5 million of the $30 million budget for the Occhiato University Center remodel and remaining $5 million funded the expansion of the athletic department as a way to increase enrollment.

Since the campaign launch, the administration of the university added six new sports, including lacrosse and soccer.

“We’ve been fortunate to connect with a lot of citizens here in Pueblo County, alums, former donors that have been very gracious to us and got us to the point we are today.  We’re still out there connecting and developing relationships with alums and citizens of Pueblo,” Kelly said.

“If people understand that for CSU-Pueblo to thrive, we need Pueblo to thrive and vice versa. We’re the university of this city. By us being able to grow enrollment and offer more scholarships, programs and student life ventures, we need more faculty and staff, possibly build more facilities. By investing in CSU-Pueblo and our students, you’re creating better citizens and you’re also benefiting one of the big economic businesses here in Pueblo.”

The foundation’s staff of seven people, along with its 21 board of directors are responsible for driving the fundraising effort and attribute their success to a team effort with the university.

“We get tremendous support from the university, from administration to faculty and staff.  The whole campus has come together to help us raise money and move forward,” Kelly said.

Every day is precious for CSU-Pueblo alumnus

Hiking in Colorado is a unique experience