The artists who brought you the songs “Baby got Back” and “Ms. New Booty” are now the headliners for Colorado State University-Pueblo’s upcoming booty-and-butt themed concert.

The activity planners could have picked a better theme for the school’s spring concert, which will be held on April 18.

For one thing, many college students have never even heard of the featured artists, Bubba Sparxxx, Kirko Bangz and Sir Mix-a-Lot.

Kirko Bangz, whose song “Drank in my Cup” was No. 1 on the Hot Rap Tracks chart as recently as 2012, is the only one of the three artists who might appeal to a college-aged demographic.

The other two artists haven’t had much recent success.

Sir Mix-a-Lot was famous for a song released in 1992, when many current college students weren’t even born, and Bubba Sparxxx had some success with his album “Charms” in 2006, but hasn’t had a big hit in the seven years since.

And the artist’s popularity isn’t the only thing about them that’s old-fashioned.

The theme of the concert, not to mention the lyrics of the featured songs, is outdated and sexist. The lyrics focus on the female anatomy, and not in a respectful way.

The first verse to “Ms. New Booty” starts: “Girl, I don’t need you, but you need me/Take it off, let it flop, shake it freely.” The lyrics don’t improve from there.

If CSU-Pueblo wants to present itself as in line with these outdated and sexist ideas, then this concert is a great idea.

Otherwise, next time  Patty Witkowsky and the student activity board are planning an event, they should consider inviting artists who college students have actually heard of – and whose lyrics are respectful toward everyone. 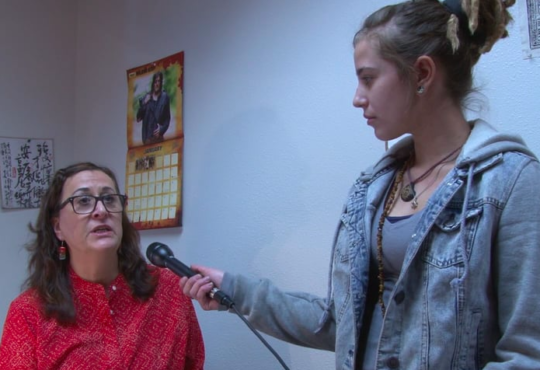 Water outage in process of being fixed