The place burned down from a freak grease fire June 6, 2011, putting the eatery and bar out of commission. However, what was originally supposed to take a couple months to renovate turned out to take seven because of certain building options. Andy McCarthy’s Sports Bar and Grill opened its doors to the public again Nov. 11, 2011.

“We weren’t sure how long it was going to take to open back up and we hoped that we could possibly be open by the time school started,” owner Jon Bougeno said. “We wanted to be able to do it right not just fast.”

Bougeno decided to completely change the layout of his place and opened the side that had more space, since the original side was much smaller. He was also able to utilize the patio area by doing so.

What was once called “the other side” by the customers and employees who worked there, has now been turned into “Andy Mac’s,” a full bar and restaurant, and this time a very sufficient amount of space.

Andy Mac’s can also be rented out to anyone who wants to throw private parties or celebrate any occasion.

“During the day we try to have that local sports bar type of atmosphere and through the early hours of the night, as well,” he said. “We would like for people to think that we have that laid-back atmosphere to be able to come in and enjoy the game and drink your favorite adult beverage.”

As soon as the clock strikes 10 p.m., Andy Mac’s likes to switch up the environment and features the nightclub, party atmosphere with consistent upbeat music, dancing and live DJ’s throughout the weekend. Andy Mac’s also offers many drink specials.

“We try to cater to the students of CSU-Pueblo,” Bougeno said. “We pride ourselves on being the choice bar for the students.

Not only does Andy Mac’s provide use to the public for parties, they also are always looking for ways to involve the college with the business aspect of things and are always willing to take on new ideas.

Bougeno also tries to relate with all the CSU-Pueblo athletic teams, he said. It has a range of CSU-Pueblo banners and sports helmets from baseball to football to show its support of its local college and the student athletes that stop by.

“We seem to be involved with baseball a little more than the others, but we are always looking for opportunities to add more events and to create relationships with the other programs as well,” he said.

One of the main supporters that Andy Mac’s is involved with is the college baseball team. Coach Stan Sanchez has been the main catalyst in creating that relationship between the college and the restaurant by holding certain celebrations and inductions for the CSU-Pueblo baseball team there.

Online reviews have shown that Andy Mac’s is not only a popular place for its great food and its environment, but a great place to meet new friends and people from around the college and other Pueblo areas.

With its great location and its connection to CSU-Pueblo, Andy Mac’s has grown to support its local customers along with anyone else just stopping in. 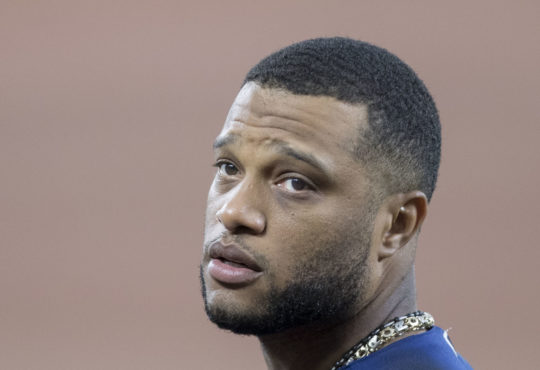