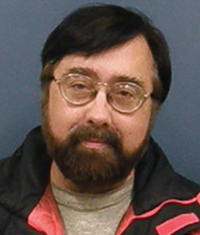 The Flair Affair, a CSU-Pueblo TODAY-produced series designed to showcase people and their talent, will make its debut on Monday, July 19, at the CSU-Pueblo TODAY website.

Program creator Char Gray, a senior majoring in mass communications at Colorado State University-Pueblo and video editor for CSU-Pueblo TODAY, said comedy and talent inspired the program. Gray said she loves comedy and watching people show off their talent, and thought combining these two elements would make for an interesting program.

“Everyone loves comedy and watching talented people,” Gray said, “and this program offers something for everyone.”

In the first installment, Nikki Martinez, also a mass communications major at CSU-Pueblo and the show’s host, interviews Brad Swanson, love coach for the California-based program, “The Male Room – a show for women… about men.” Swanson, who is a Pueblo native and graduate of Central High School, talks about love and relationships between both sexes.

Martinez, who is known for her no-nonsense approach in her interviewing, asks questions some people might be too embarrassed to ask. One of these, “Why do men cheat?” does more than hint at the two-timing reputation that has followed the male species since he climbed out of the primordial soup.

However, it is perhaps Martinez’ comic ability that viewers will find appealing. During the program’s intro, Martinez is seen turning a combination lock – a not so subtle hint at her seeking answers to the questions she asks her subjects. In another scene, she twirls around slowly, stretches her arms upward and tilts her head back as if to say, “Life, I love you.”

“That was my Mary Tyler Moore moment,” Martinez said of the 1970s comedienne.

I was privileged to be in the studio on the day these women recorded their first interview. The passion they have for their work was never more evident than when Martinez performed the moonwalk with a grace for which the late King of Pop himself would be proud.

Following our weekly Monday editorial meeting, Gray played some of the outtakes which are not only hilarious, but also shows the work that went into this production. I’m glad she includes these moments at the end of the program instead of having left them on the editing room floor.

The most rewarding part of the project, Gray said, was the comedy and laughter everyone shared. And the fact that the program’s host looks good on camera can only help ratings, Gray said.

“I enjoy working with someone as talented as Nikki,” Gray said. “She’s resourceful, and comedy and physical movements come natural to her.”

Gray also showered praise on Wendy Fidler, who is the show’s producer, and who graduated from CSU-Pueblo last May with a bachelor’s degree in mass communications.

“She made all the phone calls and helped set up the equipment,” Gray said of Fidler who also serves as features and entertainment editor for CSU-Pueblo TODAY. “She did a lot of the leg work and really helped build the Flair Affair into what it is and will be.”

The only obstacle Gray encountered, she said, was in synchronizing the audio and video tracks.

Do you know someone who has a talent worth recognizing? If so, perhaps you could tell that person about the Flair Affair. To learn more contact Gray at sky@representative.com.

Again, I find myself saying that through your talented contributions, you can infuse personality into our product and enhance readership. As always, CSU-Pueblo TODAY reserves the right to edit material for Associated Press style and taste.

CSU-Pueblo TODAY values your input as to how we might improve our online service, so let us hear from you. I have no doubt you know someone who would like to share their talent with the community.

William J. Dagendesh is editor in chief of CSU-Pueblo TODAY. He can be contacted at wj.dagendesh@colostate-pueblo.edu.

The Hangover Part III: a disappointing end to the adventure

Written and directed opera, Strange Fruit, was a success for Dr. Volk