The U.S. Navy has received poor grades for professional conduct no thanks to graphically explicit videos in which a ship’s commanding officer both starred and endorsed.

It was reported the videos were aired over the ship’s closed circuit TV system to boost morale for the crew. Honors has been relieved of command and most likely will retire from the Navy. It is a sad end to what probably was a brilliant military career.

As a former career sailor, I am shocked a senior officer would participate in and endorse such behavior. Now I’m not saying the Navy doesn’t have its problems. Like any organization, the nation’s sea service employs its share of people who delight in crude bathroom humor.

However, what disturbs me is that everyone who participated in and viewed the videos knew it was wrong but said nothing. This kind of behavior is not in keeping with the Navy’s standards of professional conduct. Anything else is just an excuse, and the participants and viewers know this.

That said, what kind of message are we sending to our fighting forces when we allow this kind of behavior to happen? Are we saying it’s OK to talk about professional conduct but can remove the gloves when it’s time to enforce it? Are we saying military leaders are above such behavior and accountability?

During my Navy career I served with sailors who, because of their rank, believed they were above reproach. Not surprising, many of them were supervisors.

People who serve in leadership positions tend to forget they are held to the same standards of professional excellence as everyone in the military chain of command. The enlisted community, in particular, holds officers and non-commissioned officers to a higher standard because of their leadership position.

I realize sailors sometimes hesitate to report such incidents because the person(s) on whom they are reporting might be in their chain of command. Unfortunately, such incidents paint the Navy in an unfavorable light, and hurts recruiting as sailor wannabes wonder if they will be subjected to this behavior.

Many men and women join the Navy to serve their country, learn a profession, travel the world and cut the family ties that bind them. The Navy needs high-caliber sailors, and it does whatever it can to enlist and retain these people. Where else on earth does an organization offer a person job security and a chance to advance in rank? Personally, I have no faith in a leader who endorses this sort of behavior.

Now I expect some people will write me and say I am un-American, that I am a prude and that this kind of behavior is expected from military men and women. Others might say I never should have served the military. However, each of them would be wrong.

Every man and woman serving in the U.S. Navy should be treated fairly and professionally, and without being subjected to ridicule and reprisal. The Navy must continue to educate and train its people to use sound judgment before engaging in such behavior, and deal with such behavior as swiftly and as professionally as possible.

Our nation has the right to expect nothing less from its military. 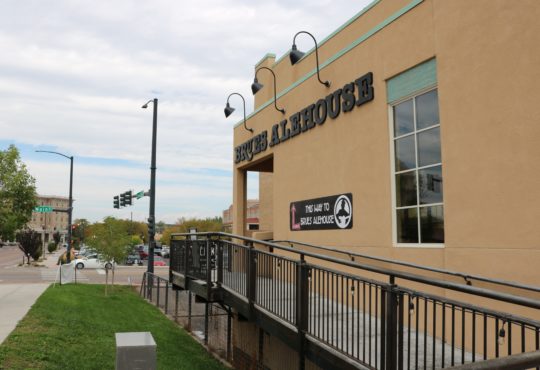 Getting different brews at Brues

The DJ Mac side of Rev 89’s Mallory MacFarlane