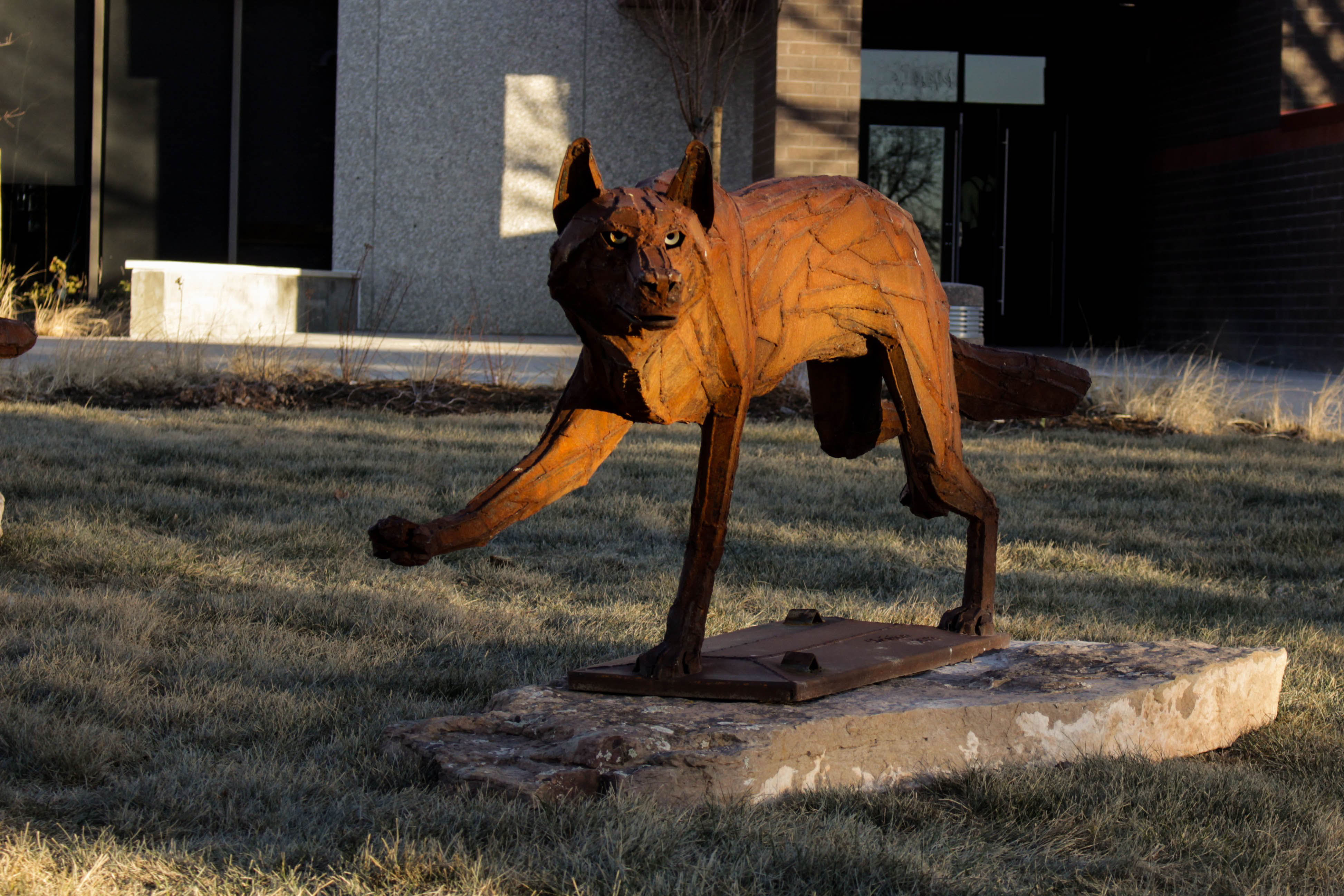 CSU-Pueblo Today Photo/ Avery Lewis Renovations were made on the outside of the new Occhiato Student Center as well, including wolf statues as well as brick features over the entrances.
1.5kviews
0shares

To students like Ericka Standiford, a sophomore social work major, the approximately $30 million in student fees which was allocated for the renovation was worth the “homey” feel of the building. Standiford said, “I could see that as something (students) would want.”

The OSC saw the return of the Pack Café and Einstein Bros. Bagels. It also welcomed Tacos Navarro, a local restaurant in Pueblo which serves street style tacos and other Mexican influenced food.

This addition excited some students and left them eager to eat on campus. In fact, Standiford said, “I was really surprised. I think it’s awesome that they were able to incorporate (Tacos Navarro).”

Tacos Navarro and the other food venues were a reaped benefit of the new building for students who enjoy having a variety to choose from, as Standiford does. “I’ve eaten there already and I love the food,” she said.

Still, some students feel as though they may not benefit from or utilize the building. Diana Adame, a junior pre-nursing student believes the funds allocated for the new building could have been better used to renovate existing classrooms.

She said, “I was kind of underwhelmed. I think maybe the money could have been used to make some (classrooms) not seem as old.”

However, staff of organizations now housed in the OSC believe the new location will help to better serve students. “When we were downstairs (before renovation) we didn’t get very much student interaction,” said Fredlina Atencio, interim Office Support Specialist for the Office of Diversity and Inclusion. “I think we’ll have a better chance here because we’re on the main level.”

Atencio says she believes the position of the office is beneficial because they are in an ideal environment for students. She is not alone in this opinion.

Some student employees of organizations in the OSC believe something as simple as the way the rooms are designed make them better equipped to assist students. Jaime Huerta, a freshman majoring in athletic training and a work study for Student Engagement and Leadership said, “It’s pretty cool how you can see through (because the walls are made of windows) so students don’t hesitate to go in.”

SEAL and the ODI are simply two of the organizations dedicated to serving students that are now operating from the OSC. Others include: the campus bookstore, the Associated Students’ Government, the Pack Pantry and Auxiliary Services.

Overall, the student response to the OSC has been a positive one. Huerta, who directly interacts with students on a daily basis with SEAL said, “I have definitely seen reactions where (students) say this is exactly what campus needed.”

CSU-Pueblo hopes to strengthen ties with the community

Checking out the Rec Center