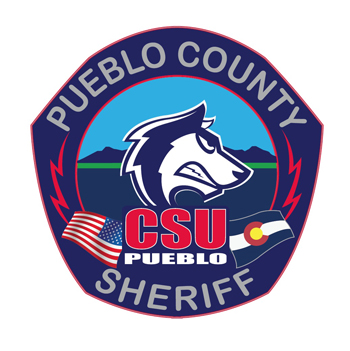 Twelve vehicle-related crimes have occurred on the Colorado State University-Pueblo campus since the beginning of August. The number was confirmed by Lieutenant David Clements of the Pueblo County Sheriff’s Office at the university.

Additionally, three vehicles that had keys left inside were stolen, all of which have been recovered since. No suspects have been identified in the crimes.

The university alert system had previously issued two warnings about criminal activities on campus to students and staff. One before school started and one during the first week of the fall semester.

“The vehicles that were broken (into) had personal items left out in plain view in the passenger compartment or in the glove box. The suspects did not appear to single out specific vehicles, but rather those that had personal property that could be seen,” Clements said.

Steven Parker, graduate assistant for the Office of Diversity and Inclusion and staff member of Residence Life and Housing, had his car broken into when he was out of town Aug. 9. Over 100 athletic cones, a glasses case and wireless headphones were stolen.

Though he claims the headphones were in plain view, he feels the criminals targeted staff members.

“I drive a 2014 Hyundai. I’m not saying have the best car; however, fairly new. Right next to me were some pretty nice cars and they just broke into mine. That was kind of offsetting to me,” Parker explained.

The culprit caused $750 in damages to Parker’s vehicle.

Monica Gallegos, a residence life coordinator, was also a victim of the August car break-ins.

Her car was locked, and she claims there were no valuable items sitting in view. Her vehicle sustained $200 in damages. A glasses case was all that was stolen.

“I think faculty and staff were targeted, but that’s an assumption. I guess people think we might have more valuable things in our cars,” Gallegos said.

Clements said many of the cars that were broken into belonged to students, interns and staff.

“I do 110 percent feel like it is targeted, Parker said.

Parker feels that a positive solution could be utilizing students who are sociology and criminology majors that might go into law enforcement after graduation as hired and trained extra eyes with work study funds or through internships with the campus police and could help in preventing similar incidents in the future. This is an action that the institution he attended in Minnesota took on their campus.

“I would love to see that; we need to have more resources opportunities for our students,” Parker said.

“I think we are truly doing as much as we can do, this stuff happens at public parking spaces all the time. The sheriff’s office patrols the lots as much as they can, but they can’t be everywhere looking at every car all of the time,” she said.

“It’s unfortunate, but I’m thankful for the fact that everything that happened only affected material things. We can fix those.”

“We are currently putting together the project scope so a budget can be developed for the project and then we will have to determine the funding source. Preliminary estimates are that the project cost could be close to $500,000,” he said.

The glasses cases that were taken appear for now to be one small similarity between the car break-ins of Parker and Gallegos. Other trends, if any, will be determined by Clements and his team. As of now, there are no official trends in these cases.

“It is vitally important that you lock your vehicle and put your personal belongings in a place … to keep them from being seen in the passenger compartment. When you leave these items in plain view, it makes your vehicle a target for the criminal element who may be casing the parking lots,” Clements said.

Additionally, he urges students to register their electronic devices. The serial numbers, kept on file by the sheriff’s office, can assist in the recovery of stolen items, he explained.

Leaving seemingly simple items like clothing and accessories can potentially make a vehicle a target just as wallets and purses left in plain view can, Clements added.

Any suspicious activity should be reported to the Pueblo County Sheriff’s Office at CSU-Pueblo at 719-549-2373.

Correction: Steven Parker’s 2014 Hyundai sustained $750 in damages after the break in.

Staying true to the red, white and blue: Traveling event honors U.S. military for their services