A speech on rape entitled “Rape as a Tactic of War” was presented on Feb. 27 in the First Year Center as a part of the V-Day events going on this past week.

The speech focused on Darfur, a region of far-western Sudan, which is host to a brutal ongoing civil war between the Sudanese military and rebel groups comprising of the Sudan Liberation Army (SLA) and the Justice and Equality Movement (JEM), and how rape is used as a tactic of war.

Rachel Dupler, sophomore political science major, was the speaker at the event. A firm believer that people should make a stronger stand against the Genocide in Darfur, she has hosted rallies and several talks on the subject.

The war began as a conflict between the Arab Baggara, a nomadic Bedouin people inhabiting Africa, and the Fur, one of the largest western tribes of Sudan and sedentary herders, over access to water and grazing lands, according the save darfur Web site.

Dubbed the Darfur Genocide, the conflict has escalated to the point where 400,000 people have died, 1000’s of villages have been destroyed, and 2-3 million people have been driven from their homes, all since 2003, Dupler said.

Rape is used in this conflict as a form of humiliation and ethnic cleansing, she explained. Besides being horribly damaging to the victims psychologically and physically, women who have been raped are judged as “damaged goods” and are unable to marry. Furthermore, they are often ostracized from their communities and families.

As a form of ethnic cleansing, the idea is to ensure that all babies born are of one specific race.

“More political involvement is needed,” says Dupler, “I feel more people can get involved. It doesn’t take very much time out of your day. Keep up with the news on the Genocide, help out when you can, that’s all we need.”

In addition to the conflict in Darfur, there were discussions about rape in American society, focusing on the topics of Rape culture, rape statistics, and how to prevent it.

Rape culture is the perception of rape as being unavoidable. If people accept rape as inevitable, then they give up on preventing it, Dupler said.

Examples of the statistics of rape presented at the speech:

Two-thirds of all rapes are committed by a person the victim knows.

1 out of every 6 women in America will have been raped or assaulted in their lifetime.

Only 8% of rape victims are male.

As far as preventing rape and resisting rape culture, there are several things people can do to help, Dupler said, such as:

Interrupting sexist jokes. Sexist jokes are demeaning to women and promote the idea that they are less than human and therefore okay to abuse.

Identify and label oppression. If aware of someone who is sexist or abusive, stand up to them and make it known to others their true nature.

If you would like to make a stand against the genocide in Darfur, visit: http://www.humanrightsfirst.org/  and http://www.savedafur.org/ for more information. 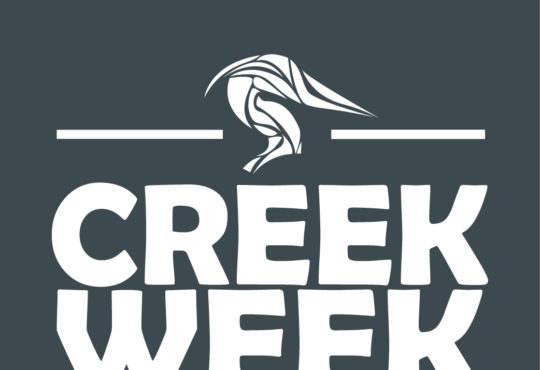 Creek Week: It’s about much more than extra credit