The Underground of the Occhiato University Center is currently being renovated into a lounge area more suited for students to relax and meet in groups.

In the past the, Underground of the OUC housed the university’s books while the library was under construction. Currently, the Underground serves as a large area rented out for meetings or conferences, according to Chris Fendrich, interim director of Auxiliary Services.

The new lounge will serve as a friendly destination for groups of students who want to meet with each other; comprised of a dining area, a game room and a social gathering area.

The estimated date for the opening of the lounge is March 15, according to Logan Gogarty, president of Associated Students’ Government.

La Cantina, located right next door, is connected to the Underground lounge. This will allow students the ability to buy their meals in La Cantina and eat in the lounge, Fendrich said.

In the future, the lounge may even have a snack bar or concession.

Students may be able to bring the games of their choice to play on the Xbox, Fendrich said.

Some of the flat screen televisions may also be linked to a Netflix account, allowing students to catch up on shows or watch movies. The lounge will also have games that a group of people can play.

Four pool tables, a Ping-Pong table and a foosball table will be spread throughout the lounge. Fendrich was hoping that students could even have pool tournaments.

With the university currently facing a budget deficit, many students and staff may be concerned with how this new project will affect the university.

Fendrich said the money that Auxiliary Services collected from their own conference services is funding the lounge.

Fendrich said that he was also able to cut costs by buying many of the items for sale on Black Friday.

Freddy Correamanrique, a senator in Associated Students’ Government, has been working with Fendrich and others in an advisory board concerned with this project.

Correamanrique wrote a letter to American Furniture Warehouse, in Pueblo, asking if the company would give the university a discount on the furniture that will be set up in the lounge.

The goal of this lounge is to bring students together, especially students that do not usually participate on campus. Students who commute to campus or students, who spend all of their time in the residence halls, are welcome to hang out in the lounge, Fendrich said.

“Instead of just coming to campus and then just leaving, it might keep people on campus more,” Fendrich said. “Hopefully it will help the retention rate in the residence halls because they know there is a place they can go.”

The lounge will strengthen the university’s sense of community. The chance for a stronger community is why Gogarty advocated this new lounge.

“I advocated for the new student center because it is a much needed amenity that will help create a closer knit campus community,” Gogarty said, in an email.

The potential of this lounge for the university is exciting for the people who are working hard to make this goal a reality.

“There are so many things we can utilize and introduce every so often,” Correamanrique said, in an email. “Whether it is playing pool with administrators during off hours, open mic nights on weekends, karaoke or even just tournaments, we can make it whatever we want it to be.” 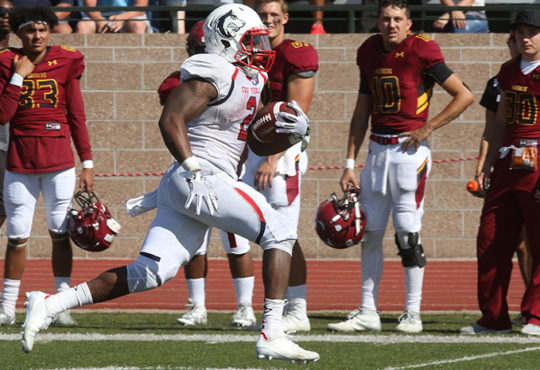 Provost candidates coming to campus, first visit to be on March 12

No such things as a ‘free lunch’