After years of helping others and working toward a better future for immigrants, and at the same time enjoying life and remembering to set aside some well-earned free time, paid off for this year’s Student Leader of the Year award winner. 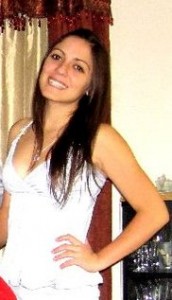 Vicky Bonetto gets ready to head out and enjoy a night on the town. Photo courtesy of Bonetto.

CSU-Pueblo officially announced on the university Website that Victoria “Vicky” Bonetto, 21, a senior majoring in biology and minoring in leadership studies, won the award Feb. 7.  This is yet another stepping stone for Bonetto to help her in achieving all her future goals, she said.

“I’m going to use this award to network. I want to be part of an association and continue to help others who were in my shoes,” the winner said. “I eventually want to work to make a bill that will help immigrants in this country,” she said.

The award is given to students who are multi-cultural, competent leaders who will serve Colorado and the communities in which they live and work, according to information from colostate-pueblo.edu. Joshua Murphy, a student at University of Colorado-Denver, also won the award. They beat out nine other students for the honor.

“When I heard that I won I was speechless. I was very emotional, I even cried,” Bonetto said.

She was born in Argentina. She lived there for the first 13 years of her life before moving to Pueblo, Colo., in 2004. Her dad moved her entire family to Pueblo after he receive a promotion with his job. Prior to moving to America, she knew very little English, but she made it a point to learn the language, to understand the lingo and everyday conversation of Americans after she arrived.

“I taught myself English. I would watch TV and take notes,” Bonetto said. “I would take them to my teachers and ask them what some of the slang and other things meant,” she added while laughing.

Bonetto attended Centennial High School and graduated in 2008 as an honor student. She has done sufficient amounts of volunteer work and received awards from Upward Bound, all of which helped her decide on what her future plans will be.

“The work that I did in high school really helped me know what I wanted to do when I got to college. It really felt good,” Bonetto said.

She chose CSU-Pueblo because it felt like home and the community was great, she said. There are “numerous opportunities to help the community grow,” she added. Bonetto wants to be part of helping the community grow by making language classes affordable for immigrants in the city.

“I want to make a program for immigrants because most of them can’t pay for the classes,” Bonetto said. “We want them to communicate with us so we should help.”

For the past two years, Vicky became more involved in the English as a Second Language program. ESL helps those people who do not speak English very well become more fluent with it. She also helps immigrants in citizenship classes. It has been hard work, but she says it’s been worth it.

“It’s good to know people are watching your hard work. It makes you work harder because you know your work isn’t going unnoticed,” Bonetto said.

Helping immigrants in America is something she really enjoys doing and she understands the amount of hard work that must be done in order to become a U.S. citizen, she said.

“Sometimes immigrants forget why they are here. They go through so much sacrifice that they forget all the great things about this county. It’s not that they don’t like it, it’s just that the pursuit towards the dream is so tough that they forget the greatness of it,” Bonetto said. “I just remind them.”

Bonetto became a dedicated person through her work with the President’s Leadership Program as well, she said. The PLP helps develop students in Colorado and the city where they work, according to the university Website. She thanks them for the person she has become, she said.

“Being in the President’s Leadership Program has taught me integrity, courage, and it taught me to be a better leader,” Bonetto said.

The Student Leader of the Year award is very important to Bonetto, she said. Her work with PLP and life experiences have helped her get to the point she is at now.

“Things get rough and students get discouraged,” she said, but Bonetto has made sure to continue working hard to achieve her goals.

“Everything turns out the best when you work for it,” she said.