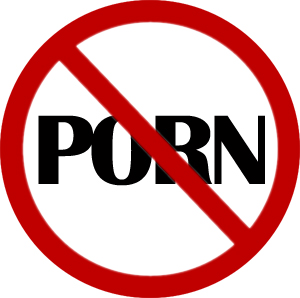 Viewing pornography at Colorado State University-Pueblo might have consequences for offenders who refuse to abide by university policies, said Rhonda Gonzales, dean of CSU-Pueblo’s library.

CSU-Pueblo Library’s Computer and Internet Use policy does not specifically prohibit viewing pornography; instead it refers to provisions in state law as well as the university’s Sexual Harassment Policy and Student Code of Conduct.

The Library’s policy states, “Anyone who fails to comply with the conditions of the policy will be subjected to recourse appropriate to the rule or law broken.” Library staff members have the right to call campus security or the Pueblo County Sheriff’s Department to remove offenders from the library, the policy states.

The issue is generating mixed reactions from faculty, staff and students who believe college is a marketplace of ideas protected by the First Amendment. Some people believe they should be able to access any information they choose, provided it is done within legal limits.

However, the library would not hesitate to enforce this policy if the offenders are community residents, Gonzales said.

“We would tell the offender they might be violating the university’s sexual harassment policy by creating a hostile environment for other people,” Gonzales said. “We would explain that we will have to report them to the Affirmative Action Office on campus if they continue and we receive any complaints. The offender usually leaves the library at that point.”

Filters designed to block certain information also present problems, Gonzales said. Federally funded school and public libraries with children’s areas are required to use these filters; however, most CSU-Pueblo students are adults, she said, which is why the university doesn’t require filters on its computers.

“Filters can block out needed information,” Gonzales said. “For example, a student seeking breast cancer information might be denied access to research material if the word ‘breast’ is filtered out. Therefore, the entire Internet is open to everyone.”

To date, this has not been a problem for the DRC, she said.

Gonzales said she would have told the male students to leave the library had the women told her about the incident.

“I would have asked, (the males), ‘Do you realize you’re violating the student conduct code and can be penalized?’” Gonzales said. “I also would have asked, ‘Do you know we can file a complaint with Student Life?’ They probably would have left at that point.”

“Sometimes it is not so much about the argument of right or wrong, it’s more about if we have certain rules out there to follow.”

“I don’t think the university should limit students’ Internet access,” Axworthy said. “It’s difficult to get research done when sites are restricted in such a way.”

CSU-Pueblo might one day adopt a policy on when and where pornography can be shown on campus, Williams said. However, few universities have tried this, she said, and adopting such policies present unwanted legal and logistical challenges.

“A library should be a place you can go without feeling embarrassed or (having) someone look over your shoulder,” Gonzales said. “We take steps to respect people’s privacy; however, there is only so much we can do.”