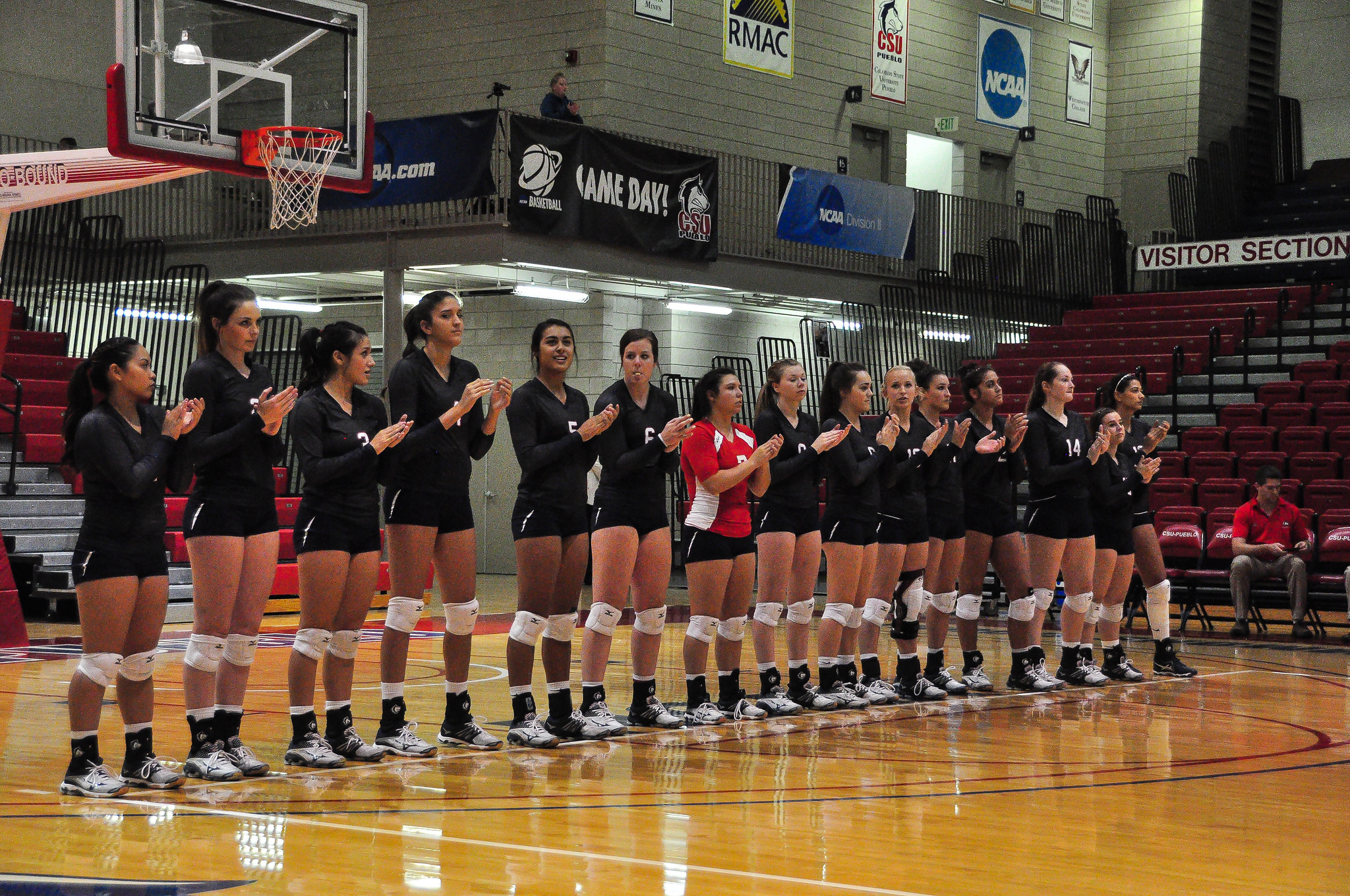 With only eight more games in the regular season, the volleyball team is running out of chances to make it into the Rocky Mountain Athletic Conference tournament.

Colorado State University-Pueblo Thunderwolves played at home in the Massari Arena Friday, Oct. 5, against the University of Colorado at Colorado Springs Mountain Lions.

Thunderwolves were off to a strong start in the first set, but the UCCS Mountain Lions made a comeback with a score of 23-25.

Thunderwolves attempted to redeem a win in the second set, but were short nine points, bringing the score of 16-25 in favor of the Mountain Lions.

By the third set, Thunderwolves brought back their energy from the first set. They were playing to win, but were still unsuccessful with a final score of 18-25 ending the match in a Mountain Lion Victory.

Page Heller, libero for CSU-Pueblo, made a lot of defensive plays against the Mountain Lions. When the Thunderwolves are down on the scoreboard, Heller said not giving up helps to bring them back into the game. “Having energy and talking to each other and just trusting each other that we’re going to do our jobs on the court,” said Heller.

Following the loss against UCCS, Heller said they needed to fight back sooner in the future. “So if the other team gets the point, then we need to do whatever it takes to get the ball back,” said Heller. “Instead of letting them kind of have their way with us, we need to fight back.”

Heller is anticipating an even tougher opponent when they play Colorado School of Mines Saturday, Oct. 6, “They’re at the top of the conference in most of the stats, like digs, hits, blocks,” Heller said.

To prepare for facing opponents, Thunderwolves scout their teams. “We’ll watch film on them, so we know like about each person, like their go-to hitters, their best defenders, stuff like that,” Heller said. “And then in practice, we’ll practice the things that they’re good at.”

Bayley Ricottone, who plays DS libero for the Thunderwolves, said Mines will not be the first tough opponent this season. “I definitely think the team that is the hardest that we have faced would have to be Regis,” said Ricottone. “They’re a very competitive team, they’re very big, and experienced in winning, they won RMAC last year and the tournament.”

Facing top teams in the RMAC, Thunderwolves prepare to get a spot this year in the tournament. “The top eight teams go, so we always try to get that, at least a spot,” said Ricottone. “Last year was the first year we haven’t gone.”