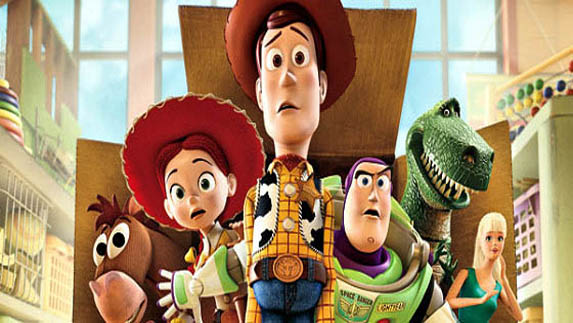 It’s been more than a decade since the previous Toy Story hit the big screen and gaming consoles. The last film debuted in 1999 and the last game appeared on the Sega Dreamcast, Sony Playstation and Nintendo 64 that same year.

It’s now 2010 and Woody, Buzz Lightyear, Jessie and the rest of the Toy Story gang return in Toy Story 3, and as with the previous two installments, a game based on the movie will follow.

In Story Mode, players can take on the role of Woody, Buzz or Jessie, as each character jumps, swings and fights their way through nine levels. Each character has their own unique abilities and can be switched out at any time for one of the other two.

Story Mode follows very closely to the movie, introducing new areas as well as both old and new characters from the film. Players can also find collectibles scattered throughout the levels to unlock new toys for Toy Box mode.

Those that pick up the Playstation 3 version of the game will get exclusive content, allowing gamers to take control of Emperor Zurg. This sworn enemy of Buzz has his own unique missions and custom vehicle.

Breaking away from the linearity of Story Mode, the Toy Box opens up the Toy Story universe for sandbox-style gameplay. Andy’s toys are completely open to the player, allowing them to explore the open space or to gain rewards from missions and other tasks.

Brian Rowe, a reviewer at GameZone, describes his experience with the Toy Box in a preview of Toy Story 3 before its release.

“I stood in the dusty square of an old western town unsure of what to do, so I moseyed over to a horse and saddled up. An option for a race popped up in front of me and I eagerly entered. The track twisted and turned through cacti and canyons as I valiantly rode my plastic steed to victory,” Rowe said.

“I barely had time to celebrate my victory before a pop-up announced that the town’s bank was being robbed. I turned my horse around and raced back in time to see a masked outlaw trying to make off with a bag of stolen cash. I dismounted, selected the rubber balls from my inventory, and pelted him into submission.”

Character missions, races and the ability to customize the townspeople and buildings are only some of the possibilities open to players in Toy Box mode.

According to a post on his Playstation blog, John Day, producer of Toy Story 3, announced that Toy Story 3 will also be compatible with the soon-to-be launched motion sensing controller, the Playstation Move.

“It was cool working with Sony and this new technology to create downloadable mini-games designed specifically for this new motion controller,” Day said. ”So, come Fall, there will be even more ways to play with Toy Story 3.”

Both Amazon and Gamestop are offering promotional deals on this animated hit, so check the bottom of the article for more details or head over to either of the stores’ respective websites.

Toy Story 3: The Video Game hits shelves on June 15, while the movie can be seen in theaters on June 18.

Aside from Toy Story, gamers don’t have much to be excited about this week. Some notable releases include Kid Adventures: Sky Captain, a motion-enabled flight game with cartoony graphics, and Yard Sale Hidden Treasures: Sunnyville, where players can search 12 different themed locations for hidden treasures or play bonus mini-games.

Gamers can expect to see both Kid Adventures: Sky Captain and Yard Sale Hidden Treasures: Sunnyville in stores on June 15.

Although the games differ from bundle to bundle, each includes a 250 GB Playstation 3 gaming console, a black DualShock 3 controller, an AC power cord, a standard AV cable and a USB cable.

Again, those interested can check the bottom of the article for more details or head over to the Gamestop website. All three of the bundles are only available for purchase online.

Must See of the Week!

This week’s must see: the Electronic Entertainment Expo. The annual video game conference takes place on June 14 through June 17, at the Los Angeles Convention Center, and is host to some of the video game industry’s biggest showings and announcements.

For those not able to attend the event, several websites and television channels are making it possible to watch E3 from your own home. IGN, Gamespot, G4 and Gametrailers are some of the websites streaming E3 coverage live. For those with cable or satellite television, G4 will be showing coverage of the Sony and Nintendo conferences, while those looking to check out the Microsoft conference should flip their channel to SpikeTV.

Gamers can expect Microsoft, Sony and Nintendo to show off their newest gadgets, games and accomplishments, including Microsoft’s Project Natal and Sony’s Playstation Move. Some of the industry’s top game publishers and developers including Bethesda, Square Enix, Electronic Arts, Ubisoft and more, will also be attending the event.

Those interested can check out updated videos and breaking news at http://www.e3expo.com, while a complete list of the games and publishers making an appearance at E3 can be found here.

The full list of releases is listed below for the Playstation 3, Xbox 360, PC, Nintendo Wii, PSP, Playstation 2 and Nintendo DS; although releases are still subject to change at any time. Check back next week for more promotional offers and game releases.

The Treasures of Mystery Island – PC