The Diversity Resource Center at Colorado State University Pueblo took the initiative to promote campus diversity by showing the movie “My Name is Khan” on Sept. 13.

This movie was the second international movie to be shown by the DRC in two weeks; last week’s movie being the Oscar-winning Iranian film, “A Separation.”

The event was organized as a tribute to the victims of the Sept. 11, 2001, attack on World Trade Center, and to the thousands of innocent civilians who have lost their lives in the war against terrorism around world.

The event was decided on at the last minute on Sept. 9, and took place as a collaborative effort of the DRC and the CSU-Pueblo International Students Association, a project of the Center for Internationals Program.

“I am thankful to the DRC staff and CISA team members for making this quick thought a successful reality, which was definitely not possible without such a heavy and last-minute marketing campaign done by DRC,” said Annie Williams, director of the center for international programs

The event started at 5:15 p.m. with a candlelight ceremony to honor the memory of the 9/11 victims. A minute and a half of silence was observed after burning the candles, and then there was a special prayer led by Pueblo community member Juleen Edwards.

The movie started at 5:30 p.m. and was nearly three hours long. “My Name is Khan” is based upon the journey of an American Muslim named Rizwan Khan, who after 9/11 struggles to present the identity of being a peaceful human to his family and community, and especially to the President of the United States.

“I highly recommend ‘My Name is Khan.’ The movie is very thought provoking and a must see for Muslims, Christians and people from other religions. We all need to treat each other the way others want us to be treated,” said Juleen Edwards, a Pueblo community member.

The number of audience members increased after the movie started, and by the intermission the DRC lounge was completely packed.

“’My Name is Khan’ is a great movie that shows there is no difference in how our acts talk about us or represent us,” said Rena Gomez, a CSU-Pueblo student from Columbia.

The DRC, in collaboration with CISA, showed this movie to observe the remembrance of the historical incident of Sept. 11, 2001, but also to alleviate the misconception that every Muslim is a terrorist. This movie is based upon the life of a peaceful Muslim and the kind of hardships he had to face after 9/11.

“I believe the observation of 9/11 is a huge initiative taken by the Diversity Resource Center, and I am thankful to the DRC team for letting the international program play one of the international movies based upon the theme of this historical day,” Williams said. “The movie gave a great lesson that not every Muslim is a terrorist.” 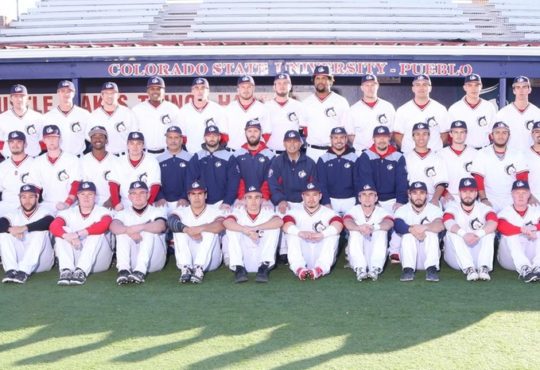 A pair of Walk-off wins and series sweep

They can’t all be ‘Deep Throat’

Millions across the world to practice earthquake preparedness Thursday