Junior art major Aaron Fanning believes in the power of art on a social level. “Art is a practically limitless form of communication. It isn’t dependent on any form of knowledge other than human instinct,” Fanning said. “It’s pretty primal.”

As first-year President of the Colorado State University’s Art Club, Fanning will be delving into more community-oriented projects throughout the year.

“This year’s been really interesting,” Fanning said. “Particularly for me, taking on a leadership role. It turns out I’m pretty good at it.”

Fanning will have help with his new position from assistant art professor and gallery director Caroline Peters. Peters has been the Art Club sponsor since fall of 2006, and has seen some fluctuations with students in the past four years.

“We have lots of talented art students drawn into the club,” Peters said. “If you can get several students in the club and collaborate on a project, they all seem to work together and follow through very well.”

One area of difference from the previous years is a new lack of participation in the club.

“Last year we had a big decline in participation with the art club,” Fanning said. “This year we’re starting from scratch, and I have some pretty ambitious goals.”

Among the items on Fanning’s list of goals are “getting used to running an organization, taking on campus improvement projects, and taking the club on trips to museums and galleries.”

The club plans on funding these trips and projects through various outlets.

“I plan on doing fairly aggressive fundraising through events and corporate and community partnerships,” Fanning said.

There are other less predictable aspects to running a club on campus that Peters deals with regularly.

Another more recent aspect to the Art Club is the constant moving around the campus.

“I’m excited because we have an actual room for the time being!” Fanning said.

“Before this we were like a ‘guerilla-style’ organization, always moving around,” Fanning said.  In previous semesters, the club would conduct a meeting in the hallway on the couches.

“That was comfy and casual, but we needed a more private place where we could conduct business,” Fanning said.

The nature of the business, coupled with the constant shuffling, can be attributed to the fluctuations of members within the club.

“No matter what, I still maintain an open enrollment for the club,” Fanning said. “Whoever has something to contribute and is willing to work hard for the club is welcome.”

Fanning and Peters want to avoid making the Art Club seem like a work trap.

Art is about enjoying life, and this is part of it,” Peters said. “Engaging with people and doing awesome things in the world.”

Those awesome ideas can come from anyone with an interest in art, and it can benefit either the individual or the department as a whole.

“I like to throw a lot of crazy ideas out there,” Peters said. “If they’re not doable, at least they’re entertaining.”

One idea was entertaining, as well as easy to accomplish, to Peters and Fanning.

“The year before, we had this idea to auction off the art club to be someone’s personal fan club on E-Bay,” Peters said. “To me, that proves a point that the art club can be anything in a way… it can be a tool to make the department better.”

Fanning feels that one small campus project will lead the club to bigger and better things in the future.

“I have to get people involved and working together, and once we have a few small successes, then it will grow from there,” Fanning said. “The club isn’t just for art majors. Anybody that is interested in or passionate about the arts is welcome to come check us out.”

The Art Club meets every Thursday at 3:30 p.m. in AM-106. The business of the meetings coming up is yet to be determined, however Fanning and Peters have faith in the ideas of the Art Club’s members.

“It’s just a bunch of creative people that get together, and whatever ideas come up… well, it kind-of grows from there,” Fanning said. 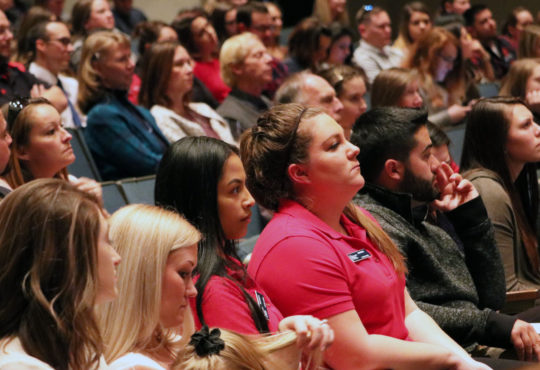 The price is worth the coffee

Coach of the Year award could pay off for university