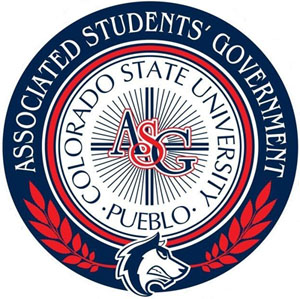 Wilson, a junior at CSU-Pueblo, is majoring in political science and Spanish and plans to attend law school after graduation.

When asked about his strengths and leadership skills, Wilson said he has held several supervisory roles at school and work, and he plans to use his experience to serve the university as a member of the ASG. He stressed that it is important to be involved on campus and said he will work to provide a good example for students.

Sundeep Pendyala is a graduate engineering student who received his bachelor’s degree in his native country, India. He said he wants to meet other students, interact with people on campus and be a leader, and being a part of the ASG at CSU-Pueblo is his first step toward reaching that goal.

“ASG is where leaders are made,” he said. “I hope to add value and give 100 percent to the team.”

Pendyala said he is a decision maker and is good at resolving issues, so the justice position is a place where he can utilize those skills.

Jim Wiley, new director of information technology, is starting his second semester at CSU-Pueblo after transferring from the University of Colorado at Boulder. He brings a great deal of outside experience to the IT position including work at CU where he helped raise funding for upgrades. He hopes to produce quick results when issues arise and already sees several opportunities for improvement.

The new director of public relations is Mass Communication major, Phill Padilla. He is active in the CSU-Pueblo Brew Club and is an on-air personality on the campus radio station, REV89.

Padilla said he will utilize social media and the ASG website to communicate what the organization is accomplishing and how they are reaching their goals.

“PR is engaging the public and embracing feedback,” he said.

Padilla feels he is a strong listener and will utilize open communication skills and conflict resolution to accomplish his job as PR director.

Graduate student Toni Ousley was the last director to be installed at Tuesday’s meeting. She is currently working toward a master’s in business and will serve as the director of internal affairs for the ASG.

Ousley is a member of the Golden Key Honor Society and has an interest in human resources. She said being a part of the ASG at CSU-Pueblo will give her more experience in leadership roles and communicating with people.

Because she has a strong marketing background, her first order of business as director of internal affairs will be to make sure everyone on campus is aware of what the ASG is doing and how they can be a part.

The new justices and directors began their terms for the 2014-2015 school year Tuesday after being sworn in. There are still several justice and director positions that will be filled and confirmed at upcoming senate meetings.

The next ASG senate meeting will be Tuesday, Sept. 2, at 6 p.m. in the Occhiato University Center, room 201. All students, staff and faculty are encouraged to attend.

Water outage in process of being fixed

Campus at a glance: Cold front

Flobots: Much more than hip-hop