The BSO plans to have the breakfast every year.

The ceremony included the entire “I Have a Dream” speech by King, as well as three poetry readings by Selah Russell, Paradise Moore and Nicole Smith. Breakfast was served and three door prizes were awarded at the end.

The ceremony also presented a slide show that entailed a history of violence that incorporated examples of 40 individuals that were persecuted by segregation. Nine took place in the last few months and included an assassination plot of Barack Obama in Colorado.

Shenee Taylor, the president of the BSO prepared the event along with the help of LaNeeca Williams.

Taylor has only been president for about a month, but said she has hit the ground running with the event.

Taylor said she hopes the event will bring awareness of the BSO and King to campus. The BSO has approximately 60 members, but only 15 stay active. Approximately 45 people were in attendance, which was about 15 more than the 30 people who sent an RSVP.

King “made our nation stronger because he made it better,” said Taylor.

In the introduction speech given by Precious Ellis, she said King made it so people can live in a society of equality.

LaBrandilyn Swing broke down the meaning of King’s speech when she presented “What Does It Really Mean to Dream”. She said that her dream for a more diverse campus has come true during the 2008-2009 school year.

And she said she hopes the community as well as the college continues to live her dream.

The attendees responded well to the event. Tanya Baird, the CSU-Pueblo Intern Coordinator said that every time she watches the “I Have a Dream” speech she hears something new.

Moussa Diawara, a professor at CSU-Pueblo was moved so much by the event that it brought tears to his eyes. 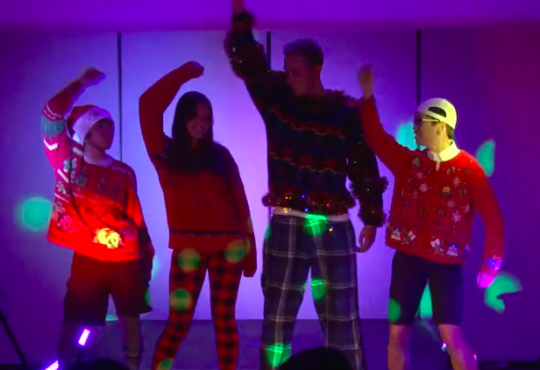 Blood Drive gives CSU-Pueblo a Chance to Save Lives