For the past 32 years, Colorado State University-Pueblo has hosted a week-long summer intensive for young men called the American Legion Boys State.   High school boys from all over Colorado travel to CSU-Pueblo during the first full week of June to receive hands-on experience in forming and governing a fictitious 51st state. 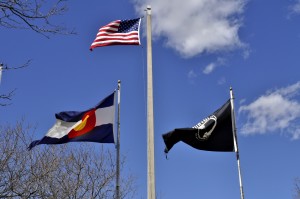 American Legion members and experienced lawmakers offer guidance to the boys but don’t lecture them like traditional teachers.  Jim Otto, a longtime Legionnaire, said the participants are essentially self-taught and don’t get much sleep because the schedule for the week is intense.

“The first day, the boys set up city governments in groups; on the second day they set up county governments and then on the third day, they form parties and run for state office.  Wednesday is the day where they elect a governor and lieutenant governor and the rest of the week they are writing laws and learning first-hand how government is supposed to work,” he said.

“They write and debate bills that they feel strongly about, and some of them end up presenting those bills to the real state legislature.  Some have even been passed into law,” he added.

According to the American Legion website, Boys State programs exist in every state except Hawaii, with the first being held in 1935 in Springfield, Illinois. For 65 years, Boys State has been teaching government through activities like legislative sessions, court proceedings, law-enforcement presentations and recreation.

Program costs are paid by the American Legion and each participant must be sponsored to attend by their local post.  Boys who participate in the event, complete 58 hours of college level work during the week and earn four college credits when they are finished.

“The boys are also eligible for thousands in college scholarships and two boys from every state are elected to Boys Nation and represent their state in Washington DC,” said Otto. “Last year one of our boys from Colorado received a $20,000 scholarship from Samsung.”

Otto said this year 180 young men participated in the Colorado program, and about 30 of them were from Pueblo.

During the week of Boys State, the participants not only experience government at a fundamental level, but they also take part in a very important observance on the CSU-Pueblo campus.

“The boys get a course in the proper way to hold a flag ceremony,” Otto said.  “The flags that fly over the Southeast Asia Memorial on campus are provided by the American Legion of Colorado.  At the beginning of each Boys State, the old flags are retired and new ones are raised.”

Otto also said the training the boys receive during their week at CSU-Pueblo prepares them to be leaders in their own communities.

He said they are encouraged to run for office when they return to their high schools and use the skills and knowledge they acquired during Boys State.

There is also a program called the American Legion Auxiliary Girls State which offers a similar experience to high school girls.  In Colorado, Girls State is held in June at Western State University in Gunnison.  For more information on Girls State, visit www.alaforveterans.org/Programs/ALA-Girls-State—Girls-Nation.

More information about Boys State and Boys Nation can be found by visiting the American Legion website at www.legion.org/boysnation/stateabout.

Every girl wishes she was in Twilight