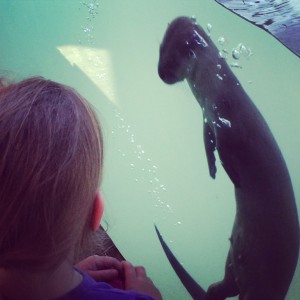 Sitting in the center of the City Park, the Pueblo Zoo has entertained and educated children and adults alike since its construction in the 1940s. There are various activities, camps, live feedings, educational workshops and new exhibits, the new species introduced recently and everyone’s favorite part about spring at the zoo, the new arrivals or Zoo babies.

Compared to other zoos in Colorado, Pueblo is small, but what it lacks in size it surely makes up for in charm, novelty, and beauty. According to the Director of Marketing and Communications, Abigail Krause, there are advantages to having a smaller zoo.

“We are the smallest one, but what that offers is a lot more interaction, and the views of a lot of the animals are a lot closer. We have people coming up from Denver, even Cincinnati, coming from these big zoos and they say that they love it because they feel like you can get closer to the animals; you feel like you’re almost in there. They also say our keepers are friendlier, and that the bigger zoos seem just too busy to engage in our up-close and personal style.”

But do not take this zoo lightly and think it’s just a quaint, quirky little attraction; it has an extensive amount of exhibits that are well laid out and older buildings that have been saved and undergone beautiful renovations. During the next few months the Zoo will undergo many changes, and there is a lot of construction that will need to be done in order to get the new exhibits and animal enclosures functional.

Nevertheless, the Zoo is fully operational, and in fact, just started the extended summer hours for this year. The Pueblo Zoo is now open Monday through Friday from 9 a.m. to 5p.m., and the list of activities planned for this summer just keeps on growing.

Krause explained, “We are going to open the pioneer cabin. We will have increased numbers of volunteers out there with our animals. We are trying to establish more contact in our farm where the animals can be used to educate. The Zoo Life Kids are kind of teenagers that go through camp. Well, camp on steroids. They are like our junior zookeepers, and they do a lot of intensive training, and they are qualified to handle and talk about the animals. They are very dedicated and volunteer their summer days to take education animals out on the grounds to answer questions and make sure the animals are safe.”

“We are also partnering with the library to do Thursday story times. The Zoo will purchase and take donations for costumes for the kids to dress up. We have completed construction on the Den; it’s like a little stage that was previously very underutilized. It is perfect for stories; it’s also a perfect spot for puppet shows,” Krause said.

The scheduled activities in the Zoo vary daily and include: animal tales with the Pueblo Library, feedings at the ranch, meet a keeper, otter feedings, and penguin feedings. In addition to the Zoo Life camps, overnight camps and interactive time with the animals, the Zoo has several special events coming up. The first, on June 20th, is Zoofari: Safari under the Stars. This is the Zoo’s annual fundraising event which consists of behind the scenes, guided tours, dinner and silent and live auctions. This event is by reservation only.

This summer at the Zoo, there are many new additions; we all love those little baby animals! There have already been a few exciting births.

“We just had a couple babies born. We had two goats born yesterday, and then we have a new llama, a ring-tailed lemur and of course, the otter babies. There are three otter babies. We have had to move to an alternate exhibit time, just until they are more adjusted. They are learning how to swim; mom is teaching them, and they are loving it. We would love for all of the otters to be in the exhibit at the same time, there is the mother Frija, her three babies and three other adult otters, but we are giving Frija more time alone with the babies. Due to the fact that she is a new mom, she is very territorial and protective, and so with time we are working on reintroducing them,” Krause said.

The Zoo is putting a lot of focus on new exhibits and new species to be introduced. Officials were concerned with generating funds to contribute to construction of a Black Rhino exhibit. The overall cost projection reached $1.7 million instead of the $1.1 million which was thought to be enough to cover restrooms, a concession stand and a picnic area. Upon researching the budget further, zoo officials ultimately decided to go with a more efficient and somewhat more entertaining direction.

Krause explained, “We had a capital campaign about rhinos and there was a little bit of a lull. The economy tanked, and we had a change in leadership so we reviewed what we had to do. Construction costs had gone up, and we realized that it was going to be a while before we could do anything. We worked with our architect and our consultants, and they informed us that we could do two exhibits for the price of the one rhino exhibit. We considered that two of our most popular animals were the penguins and otters which are highly social animals. Have you ever seen a rhino? They are amazing animals, and their conservation story is compelling, but they are just not all that exciting.”

“People love interaction, so we decided we would stick with the African theme. We could still tell the African conservation story but bring African painted dogs instead, which are very social. We will also bring in a couple of species of old world monkeys,” said Krause.

If you are considering places to visit for a summer day trip, keep the Pueblo Zoo in mind. With the construction of the new exhibits and the introduction of the African Painted Dog and the old world monkeys, it has never been a better time to visit the Zoo. 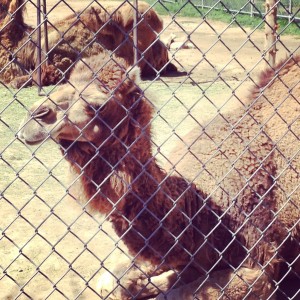 Special Days at the Pueblo Zoo

Homecoming royalty deadline postponed due to lack of candidates