When you’re late for class and you’re cussing at the construction truck that took your parking space do you think about the people who are working on the new renovation of the Massari Arena? Most students don’t realize that the company responsible for the lack of parking and all the noise at CSU-Pueblo is the same company that has built half of our campus, not to mention some of Pueblo’s most recognizable buildings.

Around 1954 Houston Construction started doing larger buildings and became incorporated. Soon they were doing only commercial building. The Midtown and Belmont shopping centers and the Belmont Tower were among the first buildings that Houston Construction built commercially in Pueblo, as well as the original Sangre De Cristo Arts and Conference Center, West said.

West attended CSU-Pueblo for two years when it was Southern Colorado State College before transferring to CSU in Ft. Collins where he graduated with a degree in construction management.

Houston Construction, which employs on average about 200 people, which West says are about 90 percent Puebloans, takes on about $130 million to $150 million worth of construction jobs a year. Most of it consists of Pueblo’s fine buildings, but a lot of work has been done around Colorado and other states as well. They’ve gone as far east as Wichita, Kan., and as far west as Santa Fe, N.M.

Houston Construction is recognized on campus now because of the Massari Arena, but the construction company also built the Administration Building, The Hasan School of Business, the Math/Physics Building, the original Rawlings Baseball Field and the renovation of the Chemistry Building, West said.

Houston Construction has many ties to CSU-Pueblo. West is on the Hasan School of Business Board and the CSU-Pueblo Foundation Board.

West’s company is familiar with many buildings on CSU-Pueblo’s campus and says that the challenge with a building like the Massari is that it’s a renovation of an older building. When older buildings are taken apart, there can be surprises that the architect didn’t plan for and must make changes to the plan, West said.

The Massari Arena is on schedule right now and is set to be finished in about three weeks.

The first basketball game is scheduled for Feb. 21 or 22, West said.

Houston Construction has also been working on the new YMCA Campus, which is scheduled to be complete in March of 2009.

Among Houston’s most recognizable buildings is The Robert Hoag Rawlings Public Library, which West said is a unique addition to the Pueblo community. 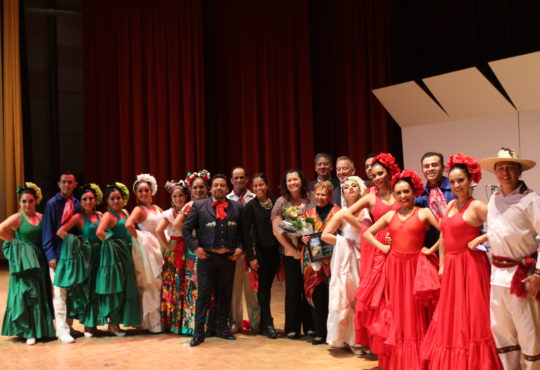 A night with the Ballet Folclorico Del Estado De Mexico

I-25 Speedway is the place for local high-speed action