While many students were focused on the senate bill which would have banned concealed weapons on Colorado campuses, another law was passed which could potentially have an even greater negative impact on students.

Every student who graduates from college wants one thing: to find a job in their degree field.  House Bill 13-1224, which limits magazine capacity to 15 rounds, could move 900 jobs out of Colorado.

Magpul is a production company in Erie, Colo., which manufactures gun accessories. The products available on their website include magazines which hold, 20, 25 and even 30 rounds of ammunition.  The new bill would make these products illegal in the state of Colorado.

Democrats amended the bill to say that Magpul and other magazine manufacturer’s can still manufacture magazines of any size, as long as they are sold out-of-state, to the military or law enforcement.

Magpul’s founder and president, Richard Fitzpatrick, does not find that an acceptable compromise. He said even the bill’s requirement that all magazines have serial numbers will add enough to production costs to make it worth leaving the state.

In an open letter Magpul wrote to the Colorado legislature, the company noted that if they do indeed leave Colorado, 200 jobs will directly leave the state, with 700 more jobs potentially leaving at the supplier and sub-contractor level.

The National Bureau of Labor and Employment has said that Colorado’s job outlook is already more unstable than the rest of the nation, with unemployment sitting at a solid 8 percent compared to the national average of 7.8 percent.

Finding work after graduating college is hard enough without the legislature sending hundreds of jobs out of state for a bill which even some Democratic senators recognized as a mistake.

“I think we really need to address that problem (mental health). Look at the cause, not the tool,” Democratic senator Lois Tochtrop, who voted against the magazine capacity bill, said.

As if that wasn’t bad enough, Magpul is not the only major business to begin cutting ties with Colorado.

Michael Bane, the executive director of the Outdoors Channel, wrote an open letter to the senate president Steve King, expressing his displeasure with the gun bills which were, at that time, still under consideration.

The letter which Bane wrote expressed his intent to leave Colorado should the bills become law.

“My series focus on guns, hunting, shooting and the outdoors,” Bane wrote. “I met with my three producers, and we made the decision that if these anti-gun bills become law, we will be moving all of our production out of Colorado.”

Bane estimated that moving the production out of state will cost Colorado nearly $1 million in revenue in 2013.

Bane isn’t satisfied with simply leaving Colorado, however. He has expressed his intent to steer others in his profession away from the state. He has already convinced other producers not to base new shows in Colorado, costing the state the revenue the shows could have brought in.

“Colorado is going to pay a huge price for laws that will do nothing,” Bane said.

Fitzpatrick said that it is possible to string magazines together to create magazines that will shoot up to 60 rounds, making the magazine restrictions pointless.

Magpul representatives also argue that limiting magazine capacity will not reduce gun violence in Colorado because criminals will find ways around laws, such as by going to other states to buy larger magazines.

The only way to prevent more gun violence is to change the hearts of the people using them.

The law does nothing to make the citizens of Colorado safer, or prevent another theater shooting. All it prevents is hundreds of people keeping their jobs in Colorado. 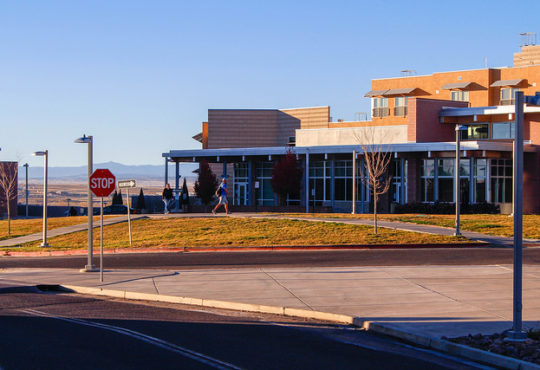