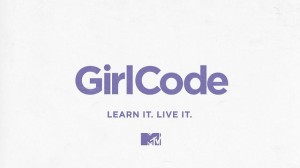 “Girl Code,” a MTV series, is a spin-off of MTV’s “Guy Code,” and it features female actresses, musicians and stand-up comics, along with the occasional male personality, discussing the sisterhood between women. This female driven series approaches topics like the pros and cons of being a woman and also serves as a sort of comedic how-to manual.

Kacjae Barnett, a senior at the university who has been working with Student Engagement and Leadership since the spring of 2013, is in charge of organizing the event.

“Students should expect a good laugh and be open minded about real-life situations and leave with a smile,” Barnett said.

The show will follow along the same lines as last month’s “Guy Court” show, which is also a spin-off of MTV’s “Guy Code.” That event, which was held on Aug. 26, was hosted by comedian Donnell Rawlings who stars in “Guy Code” and “Guy Court.”

The show will start with the two “Girl Code” cast members doing stand-up comedy for 15 to 20 minutes each, beginning with Ku. Following the stand-up routines, Long and Ku will come together and do improv for the remainder of their performance. After the performance, they will hold a question and answer session with the audience, followed by a meet and greet once the event is completed.

Attendance is free to all students at the university and the show is also open to the public.  More information is available in the Student Engagement and Leadership office or by calling (719) 549-2687. .

ITS working to resolve internet issues