The exhibit “Thanks 4 Ur Info!” details the fragmented relationship between modern communication and the compulsory attitude we have grown to embrace in exchanging conversations and ideas with one another.  Five artists are shown, including Brian Buckbee, Jenna Kuiper, Boris Osterov, Rachel Perry Welty and Kyle Pierce.  The works explore a portrayal of loneliness, abandoned memories and the need to embrace our past as a determining current in our future.

Brian Buckbee of Buckbee, A Writer, Inc.  has acquired a “Collection of Sadness” including donations of figurines, dolls and cat x-rays as well as a discarded Toni Braxton cassette, among others, all which have a personal history written by the original owner.  The objects presented maintain a feeling of obscurity and humor being juxtaposed against one another and prove to develop a narrative between owner and viewer aiming towards the development of a story.
The most impressive feature of the exhibit and one that feeds off of the urge to develop the story further, is a conceptual model of a town based on Pueblo, including the misadventures, interactions and disasters of the townspeople involved.  The model was built by Buckbee alongside several CSU-Pueblo students during a recent workshop.The design was crafted with fine attention to detail including scenes of an oil spill and an airplane crash, nude sunbathers, beekeepers, street musicians and its very own “Sadness Museum”.  Accompanying the model is a video of a previous project satirically narrated in documentary form and aiming towards uncovering the “terrible beauty” within us all.  For those interested, Buckbee has also included several “Sadness Collection Pouches” if any viewer may want to contribute to his collection.
Jenna Kuiper is showing two pieces; one a video of a night with her cat mirroring a Pee-Wee Herman episode and the other, a ball of transcription tape of a conversation recorded between her and her mother.  If her work’s aim to do anything it is uncovering the private life of a relative stranger through first-person accounts.
Boris Osterov is displaying a collection of unsent e-mails titled Not Sent.  The content of his collection includes unsent letters of recommendation, requests for exhibition space, and more trivial letters, such as log-in questions and soccer club meetings.  The book Not Sent is an illustration of priority and ultimately negligence.
Rachel Perry Welty designed a performance piece where she updated her Facebook profile every minute for 16 hours, asking the question “Does the mundane hold a place in every day life to draw outsider attention?”  Her piece is displayed on an i-phone, constantly updating itself every few seconds.  Her daily activities must have been unplanned to a certain extent, including events such as walking her dog, cutting up shapes and Sudafed dosage questions.
Lastly, Kyle Pierce has taken the concept of tagging photos on social networking sites to a detached and more mechanical practice by taking a series of photographs of passersby on Tioga Rd. in Yosemite National Park.  He superimposed tags on the photos which frame the passing cars and include a caption of who is behind the wheel.  The work aims at exposing the detached anonymity we feel towards each other and the desire to close the gap between ourselves.
The exhibit runs until December 6th and is open from 10:30am to 4:30pm, Monday through Friday. 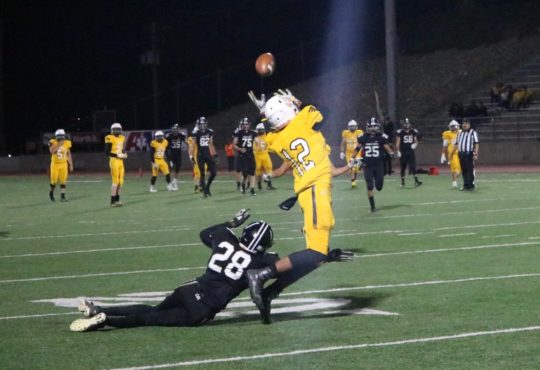