Though the crowd was smaller than expected, Estrada’s performance was still well received by the audience and got several laughs, even though Estrada described this ICONS performance as “dark, full of death and murder”.

Estrada was funny as he danced and sang during the performance. Though the show did have its funny moments, he was still able to the serious, sentimental and convey sensitive moments. Estrada puts his own spin on every character while keeping the historical integrity of every person’s story.

He held a question and answer session at the end where he said he describes himself as a man who is two minorities – Latino and gay. Still funny outside of his performance, Estrada talked about the stereotypes of LGBT people and what it is like to be a member of the community today.

Estrada, a native of San Antonio, Texas, said even though he likes journalism, performing was all he wanted to do.

“I’ve always wanted to perform. I think people who want to perform either know it or they don’t, or their parents know it before they do. Those people who don’t go out to do what their supposed to do are just big hams, their going to be miserable in their lives,” he said.

“I would not have been a happy person had I not found this route and I was lucky to have the opportunity to expand my talent and go to school,” Estrada said.

Estrada said he thought a performance like this was very significant during LGBT History Month.

“It’s extremely significant from a celebration standpoint. This is LGBT History month, the month of October, and then June is Gay Pride Month. Just like other cultures have their day or their month, June and October are times of celebration in the community and I like to take part in the events in my country,” he said.

“It’s not just a party, it’s not just a dinner, it’s not just a benefit and it’s just not a regular performance. Granted, there’s a lot of heavy stuff in my shows and this is one of my darker shows, if you will. Yes there are funny things in it, but the concept, there’s death and there’s murder, but it is history,” Estrada said.

“Some people like to watch performances like that and some don’t. I think for myself, it’s important to contribute to the month of October with my own contribution to my generation of the LGBT community by my shows. I think it’s a great opportunity to do it and I’m proud to,” he said.

Estrada said he loves history and it’s important to tell others about the history of the LGBT community.

“It’s very important for me to relay history. I always said if I didn’t do what I do now, I would be a history professor at some college because it’s very important to me. A woman came up to be after the show and said, ‘I didn’t know Oscar Wilde was gay,’” he said.

“If you didn’t know Oscar Wilde was gay, you don’t know why he was sent to the trials that killed him eventually. You don’t know his history. He’s one of the greatest English writers. That’s very basic,” Estrada said.

Estrada said he thinks more people need to understand how much the LGBT community has contributed to society.

“So if you have a generation over the past 20 years that don’t know that some of the great contributors to our generation were LGBT, and your disparaging the community at the same time, yet you’re reading the “The Importance of Being Earnest”, where is the logic in that?,” he said.

“I think a lot of Americans and people around the world might only see gay people in Will and Grace or see people in a gay pride parade. That’s not the lot of the LGBT community. The community is full of people who are doctors and lawyers, actors and activists – people who contribute to society,” Estrada said.

Estrada said he loves playing the different characters, especially one in particular.

“I’d say, across the board, he’s the one consistent character. It’s almost like he’s just me with an Irish/English accent. He just takes over my body, or I take his. I don’t see much of a difference on our personalities and our spirits. He couldn’t help the bigness of his personality and his life and he got into a lot of trouble because of it,” Estrada said.

Estrada said he plays many other characters in his other two ICONS performances such as Gertrude Stine, Michelangelo, Oscar Wilde and Ellen DeGeneres in his play ICONS I.

In ICONS III, he said he played characters including Naomi from the bible, King James, who wrote the King James Version of the Bible, Rock Hudson and Mary Cheney.

Estrada said he doesn’t only perform in plays across the country.

“I am a stand-up comic and I used to be a choreographer for [the singer] Charro for many years,” he said.

Estrada said he wants to continue performing and making an impact on the audience.

“I want to continue making people laugh and making people think. How that’s going to come about, I don’t know. I kind of let my shows take me where I want to go and the audience tells me what they want to hear. When I stumble across something that I’m really passionate about, I will create it right then and there,” he said. 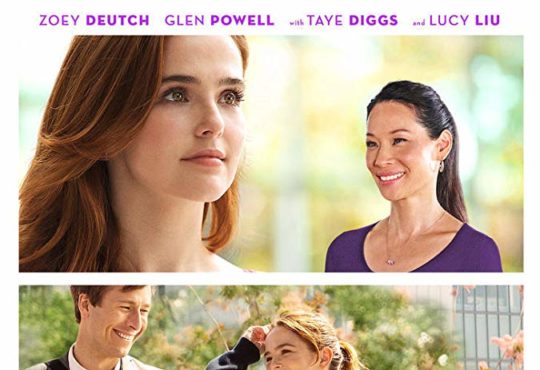