With the final day of the election for the new members of the Associated Students’ Government at hand, there are two questions that should come to the minds of every student on campus who is taking an active interest in the election.

Which ticket is the most qualified to serve our student body, and who truly has the best interests of the student body in mind?

These are important questions because of the experience some candidates have with ASG, as well as a lack of experience for one ticket.

Does the fact that ticket one, David Fresquez and his running mate Allan Chacon, has no prior involvement with ASG, aside from attending meetings here and there, and little knowledge of the parliamentary procedures associated with the positions mean that they are not qualified candidates?

Does the fact that tickets two and three, Victoria Watson and running mate Angelina Perez and Amanda Cristelli and running mate Nathan Pesch, who are knowledgeable of the parliamentary procedures, mean they are more qualified. And just because they are more knowledgeable about the procedures of ASG, does that mean they truly have the best interests of the student body at heart?

These are incredibly important questions to consider.

Some people may argue that ticket three, Cristelli and running mate Pesch, may be a shoe-in because of their current involvement with ASG. Cristelli, who is currently serving as vice-president for finance and administration, and Pesch, who served as chief justice until he resided on Feb. 5, both have extensive knowledge of the inner-workings of the students’ government.

The argument some people may make is that they may be more likely to win the election because it would be an easy transition for the pair, and they are already knowledgeable of the positions they are running for. Also, if enough students do not take an active interest in the future of ASG, it is possible that the students’ government may elect the pair because they are currently involved.

However, the argument could also be made for ticket two, Watson and running mate Perez, because they were also associated with ASG in a way. While Watson never held office, she has gone before the senate as a club member, and therefore, has some knowledge of how procedures are run and followed through. Perez, a former senator, also has some base-line knowledge to assist her partner.

So what does this mean for ticket one?

While Fresquez and Chacon have no prior experience with ASG, they have become harsh competition for each of the other candidates.

Fresquez and Chacon have been fiercely racking up votes with an interesting campaign strategy. Travelling the campus with personal computers, the pair has been urging students to vote. Both say they are not trying to make students vote for themselves in particular, but to vote and have an active part in the elections in general.

Is this creative campaign strategy going to level the playing field for these candidates, or are they coercing votes to gain an unfair advantage over their competition?

With that in mind, it is difficult to weed out the best candidate.

On one hand we have ticket three which has two students in current positions in ASG, who have extensive knowledge of the positions and whom everyone could possibly argue is most likely to be the winners.

On the other hand, we have ticket one, which has students who have never held ASG positions, and have limited knowledge of the positions they are running for, but they have an incredibly unique campaign strategy that could possibly give them the win.

And somewhere in between is ticket two, which has baseline knowledge of the inner-workings of ASG, but they may not be aggressive enough as ticket one, or experienced enough as ticket three.  Hopefully, they can avoid being lost in the election shuffle.

This race is becoming much more heated than ever expected. It is a tough call to make as to whether or not one candidate is more qualified than the other.

As students, we need to use our voices to give the win to the most qualified candidates, and to the candidates who, through their campaigns, have proven that they have the best interests of the student body at heart. 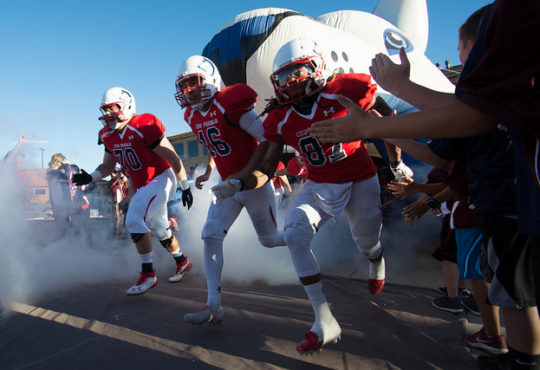