St. Patrick’s Day is a holiday where people have a legitimate excuse to wear green and drink beer.

Few people know about the origin of the holiday. After learning about the history, it’s funny to think we celebrate a holiday, which is supposed to commemorate the death of a saint, by drinking ourselves silly.

St. Patrick, one of the most widely known figures in Christianity, is the patron saint of Ireland. According to history.com, he was born in Britain to wealthy parents in the fourth century and is believed to have died March 17 around 490 A.D. His father was a Christian deacon, but there is no evidence Patrick came from a particularly religious family. 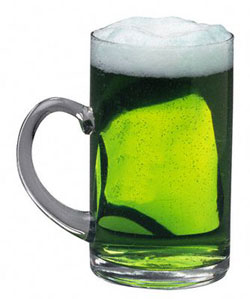 At 16, St. Patrick was taken prisoner by a group of Irish raiders and spent six years in captivity in Ireland. During this time, he worked as a shepherd, where he was afraid and lonely. He turned to his religion for solace, becoming a devout Christian.

St. Patrick escaped six years later. After walking 200 miles, Patrick had a revelation. An angel in a dream told him to return to Ireland as a missionary. Soon after, Patrick began religious training which took more than 15 years.

As an ordained priest, he was sent to Ireland to minister to Christians and to convert the Irish.

Familiar with the Irish language and culture, Patrick chose to incorporate traditional Pagan rituals into Christianity rather than eradicating native Irish beliefs. He used bonfires to celebrate Easter and superimposed a sun on the Christian cross to create what is now called the Celtic cross, so the veneration of the cross would seem more natural to the Irish.

On St. Patrick’s Day, which falls during Lent, Irish families would attend church in the morning and celebrate in the afternoon. The Lenten Prohibitions of eating meat were lifted and people would dance, drink and eat the traditional meal of Irish bacon and cabbage.

Over the next 35 years, Irish patriotism among American immigrants flourished. Each group would hold annual parades featuring bagpipes and drums.

Annual St. Patrick’s Day parades became a show of strength for Irish-Americans, as well as a must-attend event for a slew of political candidates.

In 1948, President Truman attended New York City’s St. Patrick’s Day parade, a proud moment for the many Irish whose ancestors fought stereotypes and racial prejudice to find acceptance in America.

St. Patrick’s Day is celebrated by people of all backgrounds in the United States, Canada and Australia. Although North America is home to the largest parades, St. Patrick’s Day has been celebrated in other locations far from Ireland, including Japan, Singapore and Russia.

In modern-day Ireland, St. Patrick’s Day has traditionally been a religious occasion. Beginning in 1995, however, the Irish government began a national campaign to use St. Patrick’s Day as an opportunity to drive tourism and showcase Ireland to the rest of the world.

Symbols like the shamrock, the leprechaun and Irish music are the stereotypical nostalgia of the holiday. But what they are known for now was not always that way. 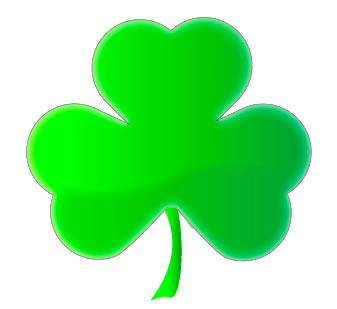 Many people consider the shamrock a sign of good luck. According to history.com, the shamrock, which was also called the “seamroy” by the Celts, was a sacred plant in ancient Ireland because it symbolized the rebirth of spring. By the 17th century, the shamrock had become a symbol of emerging Irish nationalism.

As the English began to take away Irish rights, many Irish began to wear the shamrock as a symbol of their pride in their heritage and their displeasure with English rule.

The leprechaun was not always known as an annoying cereal mascot. Leprechauns were tiny men and women who could use their magical powers to serve good or evil. In Celtic folktales, leprechauns were cranky souls, responsible for mending shoes of the other fairies.

Though only minor figures in Celtic folklore, leprechauns were known for their trickery. which they often used to protect their much-fabled treasure.

People can’t get through this beer-soaked holiday without hearing Irish music. Music is often associated with St. Patrick’s Day and Irish culture in general.

After being conquered by the English, and forbidden to speak their own language, the Irish, like other oppressed groups, turned to music to help them remember important events and hold on to their heritage and history.

Though most of us have our share of beer and good times, it’s still good to know the holiday is about remembering a man who helped a depressed country. So be sure you think about it the next time you take a shot.

Zarr and Wilson look for votes in upcoming ASG election