UPDATE:  The “no” votes have prevailed in the historic vote for Scotland’s independence from England.  A record number of voters turned out at polls across the country yesterday, with those rallying for independence garnering just under 45 percent of the vote.

The results showed that the majority of Scots were concerned about the political, economic and military implications of a break with England.

Scottish first minister Alex Salmond asked that citizens not dwell on the defeat, but realize how far the country has traveled toward independence and “have confidence the movement is abroad in Scotland that will take this nation forward.”

Scots will now be watching to see if British Prime Minister David Cameron will fulfill his promises of greater power for the Scottish Parliament.

Salmond said “Scotland will expect these to be honored in rapid course.”

September 18, 2014 will prove to be a historic day in the United Kingdom; a day filled with nationalism and heightened emotions as Scots from Glasgow to the Highlands and the remote Shetland Islands flock to the poles to vote on the issue of Scotland’s independence from Britain.

The ballot is simple.  It asks “Should Scotland be an independent country?” allowing for either a yes or no answer.  Unfortunately the repercussions of either answer are far from simple.

Scotland and England formally united their governments in 1707, and Scots have been subject to English rule ever since.  Willingly or not, the inhabitants have conformed to an English way of life.  Many of those who favor a “yes” vote believe that Scotland’s heritage and history have been compromised by 300 years of strained allegiance to the crown. They hope that breaking away from England will bolster national pride, unify the country and allow them to govern themselves for the first time in centuries.

Scotland’s highest ranking official Alex Salmond, who initiated the referendum, was quoted in the New York Times as saying “it’s our opportunity of a lifetime, and we must seize it with both hands.  There are men and women all over Scotland looking in the mirror knowing that the moment has come. It’s our choice and our opportunity and our time.”

The question of what currency the country would adopt is just one of many issues the “no” campaign has focused on.  A break with Britain would leave Scotland without the British Pound as its currency. It would either need to adopt the Euro or develop its own currency, and those against the referendum feel that would destroy the economy.

Conservative, British Prime Minister David Cameron has had difficulty persuading many liberal Scots to see the benefits of remaining a part of the UK.  They feel Cameron has made empty promises to give Scotland more control and rights of self-government just to suppress the referendum.

The campaign has influenced many across the UK.  Prominent Scottish and British entertainers have publicly endorsed their choices, and politicians have bombarded the public with predictions of prosperity or doom. Emotional speeches and political ads across every media platform have taken the campaign from a dream of independence to a historically close vote, with both sides expecting victory.

A reported 97 percent of those eligible have registered for the vote, including some as young as 16, and they have been turning out at polling stations in record numbers.

The “yes” or “no” vote will change the face of the UK, and no matter the outcome, Scotland faces some serious challenges including how to remain unified as a nation.  With the population divided down the middle, one side will have to concede, and it is hoped that those on the losing side can put aside their disappointment and keep Scotland’s best interests at heart. 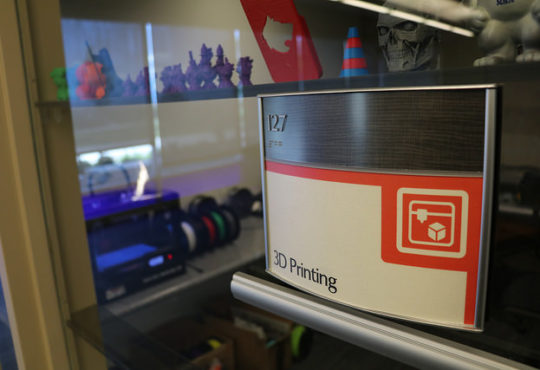 Things lost can be found at Auxiliary Services

UCCS defeats Pack from the line

Girl in the Bookstore: What’s your plan for Halloween?