Signs were up around the recreation center at Colorado State University-Pueblo when students came back to school in January. Anyone using the facility had to be properly attired – all shirts must cover the underarms, back and chest.

While this new rule may be an inconvenience to those who wish to show off their physique, it really is all in the name of good health. Viruses, bacteria and fungi are the enemy and the ammunition is the practice of good personal hygiene.

It was in December 2008 when Dr. Nancy Moya diagnosed eight athletes from CSU-Pueblo with methicillin-resistant Staphylococcus aureus, otherwise known as “MRSA”.
MRSA is a type of “staph” infection in which the bacteria have modified themselves to overcome the antibiotics typically used to treat this kind of skin infection, Dr. Moya said.

While MRSA has the potential to be deadly, it doesn’t have to be. The MRSA bacteria may be resistant to penicillin and its cousins, but Dr. Moya said she uses sulfa drugs such as Bactrim DS, Zithromax and Keflex with great success.

There are some simple things each person can do to help protect themselves from becoming infected with MRSA, as well as other commonly passed community infections such as Streptococcus “strep throat,” Dermatophytes “ringworm,” Conjunctivitis “pink eye,” or “impetigo” which can come from either group A Streptococcus or Staphylococcus.

The Center for Disease Control recommends washing your hands thoroughly, using alcohol based sanitizers, keeping all cuts covered until healed and not sharing personal items, such as towels.

At CSU-Pueblo, many evaluations and a few changes were made in order to help prevent the spread of disease and infection.

“Our plan of action was to take care of the problem and try to prevent it from happening again,” said James Paul, the head athletic trainer at CSU-Pueblo.

Al Herrera, the physical plant housekeeping supervisor, said he looked at the cleanser being used on the wrestling mats and the decision was made to change to Oxiver, a cleanser considered more effective.

Herrera explained the surface of the “dwell time,” or the time the disinfectant has to sit on the surface in order to completely sanitize it,was between 12 and 15 minutes. Oxivir in contrast has a dwell time of five minutes according to the directions.

Joe Gallegos, the director of environmental health and safety, also pointed out the increased number of hand sanitizing stations throughout the facility.

The showers were outfitted with dispensers filled with the anti-microbial cleanser hibiclens, and all athletes are reminded to shower both before and after practice, Paul said.

Signs were posted around the sports complex displaying a MRSA infection that had gone untreated for an extended period of time in hopes of inspiring people to practice good hygiene.

The students who work at the Student Recreation Center said the spray cleanser bottles used for cleaning the equipment in the exercise areas are being filled regularly, indicating it is being used frequently, Herrera reported.

According to Dr. Moya these measures seem to have been successful, as she hasn’t seen any more cases of MRSA since December.

To see a demonstration of the proper cleaning of the equipment, click here.

As far as the rumor of an “outbreak” is concerned, there isn’t one, according to Dr. Moya. She said in sports and in the military there are more cases of MRSA per capita than in the general population.

The national Centers for Disease Control and Prevention confirms that, citing “close skin to skin contact, openings in skin such as cuts or abrasions, contaminated items and surfaces, crowded living conditions, and poor hygiene” as factors that increase the risk of infection in these groups.

“An outbreak is the occurrence of more cases of a disease than is expected in a given area, or among a specific group of people over a particular period of time,” said Sarah Bruestle, M.P.A., the public information officer for the Pueblo City-County Health Department.

Dr. Moya said because those cases she saw were from one of the groups with a consistently higher rate of exposure than the normal population it’s not particularly concerning. This is the first year since she started working with the CSU-Pueblo athletics department, 4 years ago, that she has seen any MRSA cases from the college.

Chris Dehn is a registered nurse working at Student Health Services. She said typically if students come to them with a wound that isn’t healing, rather than burdening the student with the fees for tests, they simply will treat students with a non-penicillin medication.

“I don’t see an infection and think ‘MRSA’,” Dr. Moya said. “I think staph infection.”
Staph infection is more common in the general population than MRSA, but is generally easier to treat. The CDC describes MRSA as looking like a pimple or a spider bite. All staph infections take longer to heal than normal wounds.

Students with exhibiting symptoms of a staph infection are encouraged to stop by the Student Health Services to be evaluated.

Practice proper personal hygiene, promptly seek medical attention if any form of persistent rash, skin irritation or opening in the skin and protect yourself and others by keeping any sores covered.

“As long as your skin is intact, you won’t get an infection…those antibacterial soaps really do work,” Dr. Moya advised. 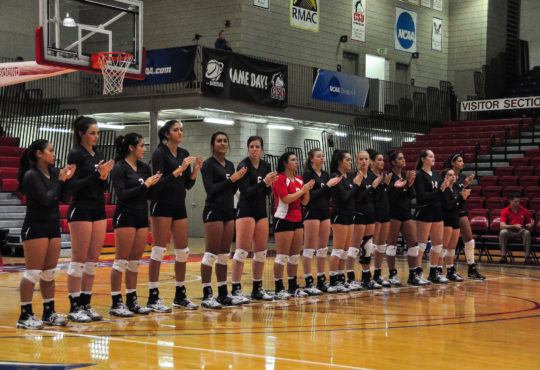 Fires affect more than a few