The Lesbian, Gay, Bisexual, Transgendered State Issues were brought to the attention of several Colorado State University-Pueblo students in the Occhiato University Center on March 9.

The presenters were Emily Carruth, Tommy Farrell and Daneya Sresgar.

Senate Bill 88 is a state general fund that is a little more than $116,000. It will go into effect on July 10, 2010. This bill will provide an extension on health insurance plans on new or renewed cases and will benefit those who are domestic partners or dependents of state employees.

According to the Equal Rights Colorado Lobby, a domestic partner is someone who is an adult, or 18 years old. They must be in a committed relationship for at least one year with the intentions of being a couple until one is deceased and be the same sex as the employee. They are not related by blood to the person and who is not married to another person.

According to the GLBT-Related Legislation, House Bill 1260 will give same-sex couples the same rights as straight couples. HB1260 offers Coloradoans access to a low-cost, convenient method for making plans for end-of-life decisions, inheritance and other protections related to health care and medical emergencies.

This bill also gives the domestic partners the right to inherit their partner’s property.  Partners will also be treated as a beneficiary to one’s life and health insurance policies.

Partners would be able to visit each other in hospitals or nursing homes and the partner will receive health or life insurance benefits.

According to the GLBT-Related Legislation Handout, the domestic partner would be able to make appointments for each other as a guardian or conservator and be able to give the authority to make tissue and organ donation decisions.

The domestic partners will also have authority to either have a direct burial or cremation of the last remains of the deceased, and sue for wrongful death as well.

Some committee members have opposed this bill because they felt it was supporting something morally wrong.

Representative Mike Ferrandino, District 2, Denver, and Senator Jennifer Veiga presented both of these bills. Ferrandino is the co-chairman of Colorado Stonewall Democrats and the first openly gay male to represent the state.

Veiga is the first openly gay female in the Colorado legislature.

Veiga received a degree in political science from University of Colorado in Boulder, Colo. and received another degree from George Washington University in Washington, DC.

Carruth, Farrell and Sresgar showed the audience “How a Bill is Passed” from School House Rock three-fourths of the way through the presentation. 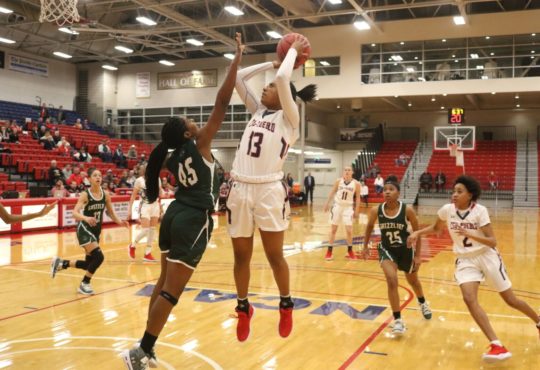