ThunderWolf fans are driving down the roads of Colorado, representing their pride in the Pack with their CSU-Pueblo license plates.

The Alumni Association is excited to have reached their goal of selling more than 500 plates, and the number continues to rise.

According to Director of Alumni Relations Tracy Samora, as of Oct. 31, there are 520 plates on the roads in Colorado.

The design for the license plates was created by CSU-Pueblo’s on-campus designer Jim Bowman, who is a 1982 alumnus. It contains the university’s classic colors of red and blue along with the CSU-Pueblo logo featuring Wolfie, centered between the license plate numbers and letters.

At first,  any person who wanted to buy the plates would have to make a $50 donation, receive a donation certificate, and then take it to the courthouse to have it approved. The donations were used as a contribution to the alumni scholarship fund.

Although the Alumni Association received approximately $7,000 in donations from  the certificates, Samora felt that the process was too complicated for ThunderWolf supporters to deal with. She petitioned the state to change the process for purchasing the plates, and now everyone has access to them.

Supporters, including alumni, faculty, parents and community members can buy the plates easily with a one-time $50 fee at the courthouse. Students who are presently enrolled can also purchase the plates and no longer have to wait until after graduation.

Not only do the plates make the university more visible to the public, they also create a type of confidence for the students of CSU-Pueblo, both past and present.

“The plates were only seen around town at first,” Samora said. “Now I have seen them as far as Colorado Springs and Denver. I’ll be driving in my car going, ‘Hey, there’s a plate!’”

“When the program first began, when you were driving you would know most of the people that had the plates. They were from here, and we were still building up our numbers, so there was a very limited amount of plates out. Now you see a plate, and you pull up to the person and realize that you don’t know them, but you know they are loyal to our institution, which makes me proud,” she said.

The Alumni Association is pleased with what the program has done and is doing for the community and encourages faculty, staff, and supporting community members to get their own plates and support the Pack.

“We appreciate all of the community support for the university and for the Alumni Association. It’s just a very exciting achievement,” Samora said. 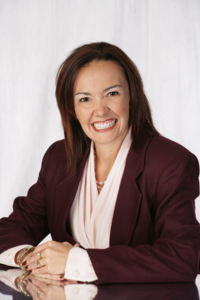