Congress has restored the military’s tuition assistance which would have been cut due to the automatic budget cuts that took effect March 1.

According to the Boston Globe, the elimination of tuition assistance would have affected nearly 300,000 members of the Army, Air Force and Marines nationwide.

The program paid as much as $250 per semester hour for active duty personnel, which comes to as much as $4,500 per year. The sequester would automatically have cut this assistance.

Many people were upset about the tuition being cut. A petition to restore the tuition aid reached over 100,000 signatures, and there were thousands of phone calls and letters to congressmen asking them to bring it back, according to an article in the Boston Globe.

On Thursday, March 21, Congress did just that, voting to reverse the budget cuts which would restore at least most of the previous military tuition assistance.

Jennifer Moreno, a Colorado State University- Pueblo student whose husband is in the military, said that the cuts would have directly affected her entire family.

The tuition assistance helped not only her husband, Ryan Moreno, go to school for free, but also allowed Jennifer Moreno to receive military spousal tuition to pay for her own education.

The tuition has allowed Ryan Moreno to save his GI Bill benefits for after he graduates from college, and has kept him from having to take out student loans.

“This program was an inspiration for many military spouses to go to school and get their education and degrees while their soldier was serving in the military. Without these benefits many soldiers and spouses (would no longer have been) able to afford to go to college and attain degrees,” Jennifer Moreno said.

Although the tuition has now been brought back, Jennifer Moreno says the military is being cut back in other ways which hurt military families.

“Commissaries are feeling the pinch having to close for at least one day during the week, civilian employees are working four day work weeks, and part time or temporary contract employees have been given pink slips,” Jennifer Moreno said.

Moreno also expressed displeasure over financial aid given to foreign countries and in-state tuition being given to illegal immigrants when funding for the military is seemingly expendable.

“I think this is totally disrespectful to our nation’s military service members and their families,” Jennifer Moreno said. “We are supporting everyone else in the world (except) the people that truly need to be supported by all the programs we have available.”

“Find somewhere else to cut. Cut the Easter egg roll. This is just stupid.” Rieckhoff said. 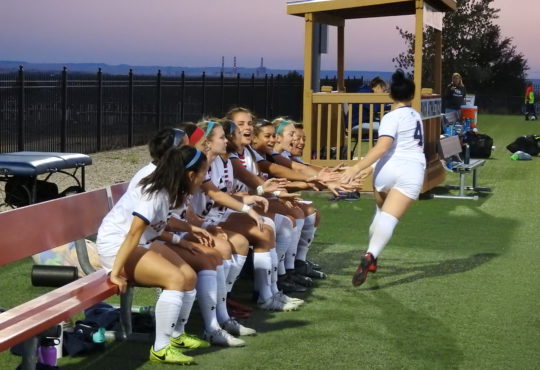 A new face for ASG