Ricky Gervais, Greg Kinnear and Tea Leoni star in this amusing drama/comedy about an uptight dentist, Bertram Pincus (played by Gervais), who can see dead people. This singular ability was caused by a simple medical procedure gone wrong; for several minutes during the operation, Pincus is dead.

After his resuscitation, Pincus is very disturbed to be accosted by the ghosts he can now see to do favors for them and help them wrap up their unfinished business on earth so they can continue on into the afterlife.

One particularly pesky ghost is played by Kinnear. His character, Frank Herlihy, was a playboy in life and is now trying to make amends to his widow Gwen (Leoni) by keeping her from marrying a human rights lawyer who seems too good to be true.

Despite the best efforts of introverted Pincus, the many ghosts of New York City drive him almost to insanity until Herlihy offers the one solution that is even remotely agreeable: if Pincus helps keep Gwen from marrying her lawyer, then Herlihy will get all the rest of the ghosts to leave him alone.

The plan works to perfection until one minor problem arises: Pincus falls for Gwen. The resulting struggles that ensue are both funny and thought provoking.
This movie is not exactly what one would expect from watching the previews. While it is primarily a comedy, the philosophical points brought up are intriguing.

Some of the plot twists are totally predictable, but there are also several that are very surprising. One scene at the end of the movie was so sudden and caught me so off guard that I nearly gave my wife a heart attack from jumping out of the theater seat.

This movie presents a different perspective to the myths and common ideas surrounding death, ghosts and what might keep a soul on earth rather than entering the afterlife. To prevent this becoming a movie spoiler, nothing more on that subject will be said.

The acting in this film is quite good. Gervais definitely has a distinct style of acting and does not appear to be hugely versatile; the character here is just a little different, more detailed version of the character he played in, say, “Night at the Museum.” However, even if he is not the most diverse actor, Gervais’ style is distinctly his and is very entertaining and quite enjoyable.

If you are looking for a light-hearted hour and forty-two minutes, then I would highly recommend this one. “Journeyman” acting coupled with a funny and unique plot makes “Ghost Town” a thoroughly enjoyable film. 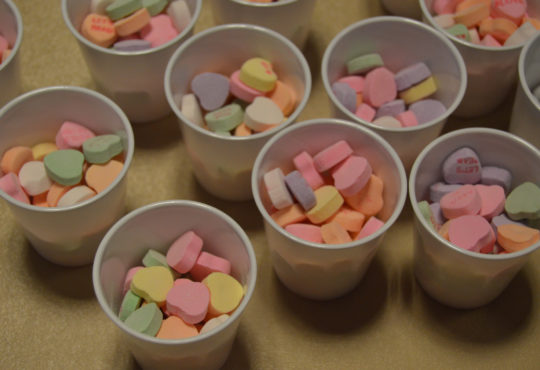 Pizza with the president