A new brand of super hero is finally here.

The movie “Push,” starring Dakota Fanning, Chris Evans, Camilla Belle and Djimon Hounsou, is about a group of young Americans with telekinetic and clairvoyant abilities who are hiding from the U.S. government agency in Hong Kong.

The Division, a shady government agency headed by Hounsou, is genetically transforming citizens into an army of psychic warriors, and killing those unwilling to participate. Nick Grant, played by Evans, a telekinetic has been hiding in Hong Kong since the agency killed his father, who was also telekinetic.

Nick is forced out of hiding when Cassie Holmes, a psychic or “watcher”, played by Fanning, needs his help to find Kira, played by Belle, who may hold the key to ending the government’s program.

Cassie’s presence attracts the Division’s bloodhounds, forcing Nick and her to make a quick exit – but not before finding the girl.

The movie raises the stakes for other action/superhero films. Evans, who played “The Human Torch” in The Fantastic Four movies, finds his inner superhero once more and looked almost natural playing the lead character.

Fanning, who has grown up in front of the camera, definitely holds her own. Her maturity shows, even when playing a 13-year-old girl and doesn’t make the movie seem like it’s for a young high school crowd.

Hounsou was great in this film. After starring in “The Blood Diamond”, he shows that he is a versatile actor playing a government agent.

Belle’s performance stands out too. A former dancer, she performed her own stunts very well and could be the next female superhero.

The direction was great. It’s easy to tell that the director went to film school because of his use of angles and shots.

“Push” could have used more individuality, though. The film is a little reminiscent of “Jumper.” The hero has a superpower other generations in his family have had, finds others like him and has a creepy government agency who wants to collect the heroes and harm them.

The special effects were boring after a while. The powers that the superheroes were cool at first, but after a while doing the same powers for the same things get annoying.

Sure the powers are different, but that doesn’t kill the similarities.

Don’t forget about the hot girl in both of the films.

The movie is slightly predictable, but not enough to ruin it.

“Push” is a great movie. After watching the film, you want to be a superhero too. This film is definitely one to make time to see and has definite sequel potential. 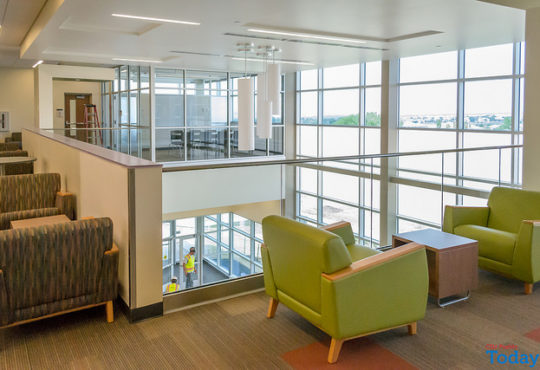