Seth Rogen and Zac Efron continue to hold the number two spot at the box office with their movie “Neighbors.”

If you’re looking for some laughs this weekend, then this comedic duo can get the job done. It had the audience laughing throughout the whole movie. I mean, how can you not laugh with Rogen in the movie?

Rogen and Rose Byrne play the roles of new parents, Mac and Kelly, enjoying their baby girl. At the same, they seem to have mixed emotions about losing their old lives where they were able to have fun. When they start to get insecure about their new lives, they attempt to go out but fall asleep instead.

The movie really gets going when Efron (Teddy) and Dave Franco (Pete) move into the house next door with their fraternity. Teddy and Pete initiate most of the frat’s obnoxious behavior with things such as late night parties which bother Mac and Kelly.

As the situation continues, it brings out Mac and Kelly’s insecurities even more, missing their old life.

With the frat living next door, the couple wants to look cool. They get on the frat’s good side by giving a joint as a peace offering and promising to be considerate as neighbors.

Unfortunately, that doesn’t work and it becomes Mac vs. Teddy in an all-out war.  This was the best part of the movie, with escalating, hilarious pranks and sabotage.  Some of these are executed by a handful of other frat members played by funny, lesser-known actors Christopher Mintz-Plasse, Ike Barinholtz, Craig Roberts and Jerrod Carmichael.

Kelly wants the frat out as much as her husband does, but she doesn’t get involved in the war. Instead she becomes the voice of reason.  Later in the movie, she does try to drive a wedge between Pete and Teddy, and she helps devise plans to get the frat in trouble with the dean, played by Lisa Kudrow.

The physical comedy is well choreographed, even with the sight gags, which had the audience reacting with “oo’s” and “aww’s.” It will have you on your toes wondering what these pranksters will try and pull next.

The movie is a raunchy comedy which is no surprise; the director is Nicholas Stoller, known for his movies, “The Five-Year Engagement” and “Forgetting Sarah Marshall.” He is no stranger at mixing raunch with tenderness, and he does it well with this movie.

The audience really enjoyed the movie. The pranks and raunchiness pulled them in and had them glued throughout the whole movie. Knowing who directed this movie beforehand, it was evident what it would have in store.

If you aren’t a Nicholas Stoller fan, I wouldn’t recommend “Neighbors” because you may take offense to it. But if raunchy comedy is up your alley, then you want to add this one to your list of must-sees. 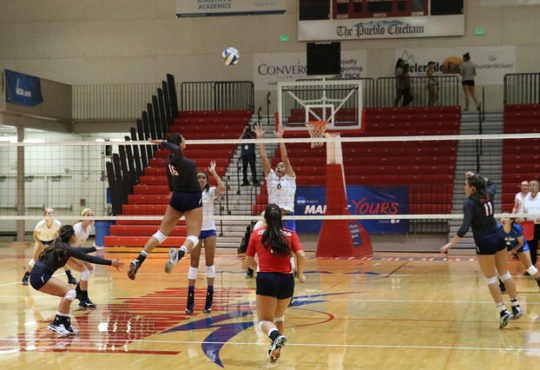